Description:
Macmillan. Hardcover. POOR. Noticeably used book. Heavy wear to cover. Pages contain marginal notes, underlining, and or highlighting. Possible ex library copy, with all the markings/stickers of that library. Accessories such as CD, codes, toys, and dust jackets may not be included.
Item Price
$1.00
$3.00 shipping to USA

Description:
Macmillan Publishing Company, Incorporated. Used - Good. Former Library book. Shows some signs of wear, and may have some markings on the inside.
Item Price
$7.53
FREE shipping to USA 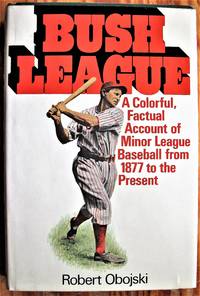 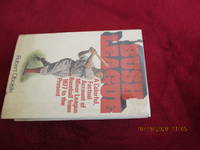 Description:
A tight and clean lightly read first printing copy in a bright DJ with some light wear at the spine ends and two small nicks on the front panel. The bottom 1 " of the DJ and the bottom book edge has been slightly sunned.
Item Price
$24.00
$4.00 shipping to USA

Description:
Place_Pub: New York: Macmillan Publishing Co, 1975. First Printing. good. 418, illus., tables, appendix, bibliography, index, some scratches on front board, some wear to board corners and spine edges. Small edge stains. This book is intended to complement The Baseball Encyclopedia. It contains a historical survey of minor league baseball from 1877 to the present; chapters on Branch Rickey, Frank Shaughnessy, George Weiss, and Henry J. Peters; detailed discussion of seven minor leagues (The American Association, The International League, The Pacific Coast League, The Texas League, The Southern Association and the Southern League, the Eastern League, and The Middle Atlantic League) as well as baseball in Mexico; and chapters on great minor league players, outstanding minor league records, and cities and towns that have had professional baseball teams in regularly organized leagues.
Item Price
$42.50
$5.00 shipping to USA