Description:
Arrow. Paperback. GOOD. Spine creases, wear to binding and pages from reading. May contain limited notes, underlining or highlighting that does affect the text. Possible ex library copy, will have the markings and stickers associated from the library. Accessories such as CD, codes, toys, may not be included.
Item Price
$3.19
$3.00 shipping to USA 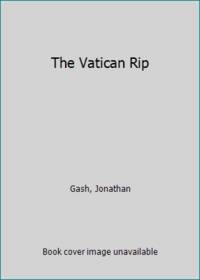 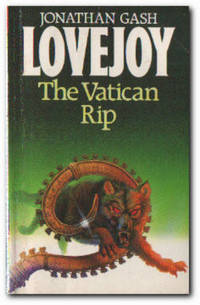 Description:
London: Mysterious Press. Very Good. 1989. Reprint; First Printing. Paperback. Mass Market PB . Some reading and cover creases. ; Nice tight copy, no names or marks inside. ; The Lovejoy Series; Vol. 5; 224 pages; Lovejoy is given the task of recovering an antique for it's rightful owner. The snag is that the current owner is the Pope! .
Item Price
$4.26
$7.30 shipping to USA 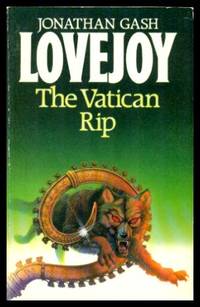 Description:
London: Arrow Books, 1986. 221 pp. Light edge and corner wear with some minor creasing on the spine; no interior markings. Lovejoy's friend, George Prentis, is gored to death in a field, and the motive is very shady. Pursued by amorous women, writ-servers and hoodlums, Lovejoy hopes to lure the killer into a field at night, using a fake Roman bronze as bait, but treasure-seekers and witches are in the woods... Created by Ian La Frenais, Lovejoy was a British television series that ran from 1986 to 1994, starring Ian McShane, Dudley Sutton, Chris Jury, Phyllis Logan, Malcolm Tierney, Caroline Langrishe, Diane Parish, and a host of others, including Joanna Lumley for three episodes.. Later Printing. Paperback. Very Good. Author's Fifth Book.
Item Price
$4.95
$9.95 shipping to USA

Description:
Arrow, 01/01/1990. Mass Market Paperback. Used; Good. **WE SHIP WITHIN 24 HRS FROM LONDON, UK, 98% OF OUR ORDERS ARE RECEIVED WITHIN 7-10 DAYS. We believe you will be completely satisfied with our quick and reliable service. All orders are dispatched as swiftly as possible! Buy with confidence!
Item Price
$5.70
$9.99 shipping to USA

Description:
Arrow Books Ltd. New edition. Paperback. Used; Good. **Simply Brit** Shipped with Premium postal service within 24 hours from the UK with impressive delivery time. We have dispatched from our book depository; items of good condition to over ten million satisfied customers worldwide. We are committed to providing you with reliable and efficient service at all times. 02/16/1989
Item Price
$5.69
$9.99 shipping to USA 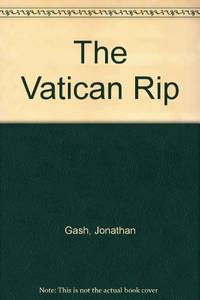 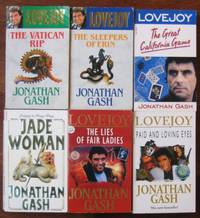 Description:
London: Arrow, 1992. -----The scans you see are the books you get. All six (6) soft covers are in Very Good condition with some edge wear & some creasing, 221, 223, 283, 216, 323, 280 pages, one book is store stamped, 4 books have a short ink name on ffep. "The series concerns the adventures of the eponymous Lovejoy, played by Ian McShane, a roguish antiques dealer based in East Anglia. Within the trade, he has a reputation as a "divvie", a person with almost unnatural powers for recognising exceptional items as well as distinguishing genuine antiques from fakes or forgeries." Books are: ( Lovejoy grouping): "The Vatican Rip" / "The Sleepers of Erin" / "Jade Woman" / "The Great California Game" / "The Lies of Fair Ladies" / "Paid and Loving Eyes." This is a group of six soft covers in the "Lovejoy" series. Check out the scans. . Various Editions & Dates. Soft Covers. Very Good.
Item Price
$28.66
$14.50 shipping to USA