From the book:A fine October morning in the north east suburbs of London, a vast district many miles away from the London of Mayfair and St. James's, much less known there than the Paris of the Rue de Rivoli and the Champs Elysees, and much less narrow, squalid, fetid and airless in its slums; strong in comfortable, prosperous middle class life; wide-streeted, myriad-populated; well-served with ugly iron urinals, Radical clubs, tram lines, and a perpetual stream of yellow cars; enjoying in its main thoroughfares the luxury of grass-grown "front gardens," untrodden by the foot of man save as to the path from the gate to the hall door; but blighted by an intolerable monotony of miles and miles of graceless, characterless brick houses, black iron railings, stony pavements, slaty roofs, and respectably ill dressed or disreputably poorly dressed people, quite accustomed to the place, and mostly plodding about somebody else's work, which they would not do if they themselves could help it. The little energy and eagerness that crop up show themselves in cockney cupidity and business "push." Even the policemen and the chapels are not infrequent enough to break the monotony.The sun is shining cheerfully; there is no fog; and though the smoke effectually prevents anything, whether faces and hands or bricks and mortar, from looking fresh and clean, it is not hanging heavily enough to trouble a Londoner.

Description:
Penguin Books. Paperback. GOOD. Spine creases, wear to binding and pages from reading. May contain limited notes, underlining or highlighting that does affect the text. Possible ex library copy, will have the markings and stickers associated from the library. Accessories such as CD, codes, toys, may not be included.
Item Price
$1.00
$3.00 shipping to USA 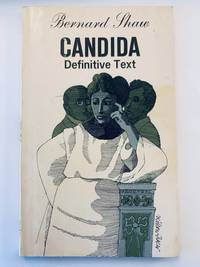 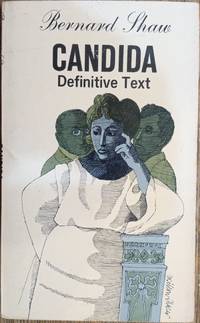 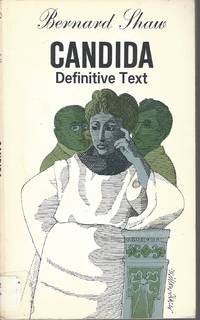 Description:
Penguin Books Ltd. Very Good. 1979. Paperback. 0140481036 . Mass Market Paperback in Good+ condition with a solid binding and an unmarked text. Ex-library with the pocket and stamps, the covers are clean and have no tearing. "Candida is a woman who is married to the Reverend Morell. Candida is a woman of many talents and her husband has his wife to thank for much of his success. When a young man by the name of Marchbanks professes his love for Candida, Morell must reexamine his relationship with his wife and ultimately discovers a side to her that he never knew existed." ; 7.10 X 4.30 X 0.40 inches; 75 pages .
Item Price
$6.12
$10.77 shipping to USA