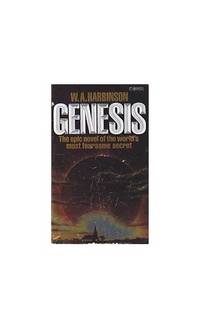 Description:
London, United Kingdom: Corgi Books, 1983. Moderate cover, corner wear. Pages very good, clean. Read GENESIS... and see your world take on new dimensions of mind-blasting terror! Includes source section at back from which Harbinson gathered the material for German saucers in development early-mid 20th century before, during, and after war. The second of five in epic series. Harbinson, the author of this epic 'Projekt Saucer' series of novels, include: INCEPTION, PHOENIX (nominated for the Arthur C.Clarke Award, 1995), GENESIS, MILLENNIUM, and RESURRECTION. In Genesis, the saga traces the origins of the alarming global conspiracy behind the sinister UFO phenomenon and reveals the ultra-secret scientific organization responsible. "Genesis" exposes the next moves of this cabal to enslave and subvert humanity. 612 pages.. Paperback. Good. 12mo - over 6¾" - 7¾" tall.
Item Price
$13.95
$9.95 shipping to USA