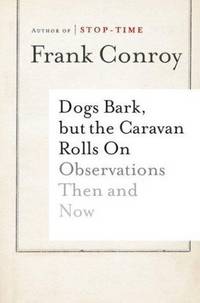 For thirty years, Frank Conroy's commentaries on life, music, and writing have appeared regularly in the New York Times Magazine, Harper's Magazine, Esquire, and GQ. DOGS BARK, BUT THE CARAVAN ROLLS ON collects these pieces into an autobiography in journalistic snapshots. They evoke Conroy's southern childhood, his teen years in New York as a truant hanging out at pool halls and Harlem jazz clubs, his first glimmers of the power of language and the writing life in college, his romantic life, and his experiences as a teacher and as director of the Iowa Writers' Workshop. Here, too, are profiles of the musicians he has come to know -- and jammed with: Keith Jarrett, Wynton Marsalis, Peter Serkin, even the Rolling Stones. New essays fill out the collection from Conroy's wry retrospective viewpoint. DOGS BARK, BUT THE CARAVAN ROLLS ON is imbued with the honesty, humor, and insight that made his memoir STOP-TIME a classic.

Description:
Houghton Mifflin Harcourt. Hardcover. GOOD. Spine creases, wear to binding and pages from reading. May contain limited notes, underlining or highlighting that does affect the text. Possible ex library copy, will have the markings and stickers associated from the library. Accessories such as CD, codes, toys, may not be included.
Item Price
$1.49
$3.00 shipping to USA 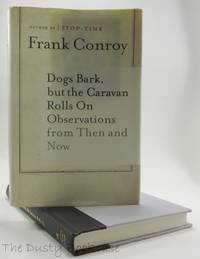 Description:
Book and dust jacket are in fine condition. The image provided is the actual book I'm offering for sale. No markings or damage to any pages. No sunning. No clips. Structure of the book (covers, binding, spine, hinges) is tight and free of damage. Page block is nice and square. Cut pages. Additional photos will be provided upon request to ensure the quality and integrity of your book purchase. 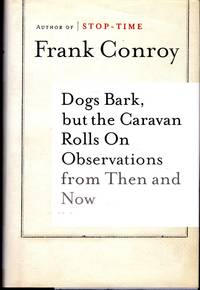 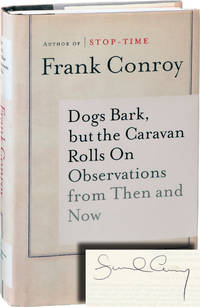 Description:
New York: Houghton, Mifflin, 2002. First Edition. First Edition. SIGNED by the author on the title page. Fine and unread in a Near Fine dust jacket. Diagonal crease to the upper corner of the front flap, else Fine.
Item Price
$75.00
FREE shipping to USA 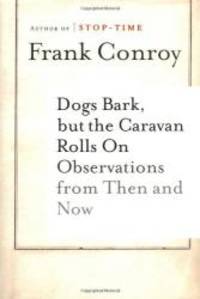