Wila Cather was probably born in Virginia in 1873, although her parents did not register the date, and it is probably incorrectly given on her tombstone. Because she is so famous for her Nebraska novels, many people assume she was born there, but Wila Cather was about nine years old when her family moved to a small Nebraska frontier town called Red Cloud that was populated by immigrant Swedes, Bohemians, Germans, Poles, Czechs, and Russians. The oldest of seven children, she was educated at home, studied with a Latin neighbor, and read the English classics in the evening. By the time she went to the University of Nebraska in 1891–where she began by wearing boy’s clothes and cut her hair close to her head–she had decided to be a writer. After graduation she worked for a Lincoln, Nebraska, newspaper, then moved to Pittsburgh and finally to New York City. There she joined McClure’s magazine, a popular muckraking periodical that encouraged the writing of new young authors. After meeting the author Sarah Orne Jewett, she decided to quit journalism and devote herself full time to fiction. Her first novel , Alexander’s Bridge , appeared in serial form in McClure’s in 1912. But her place in American literature was established with her first Nebraska novel, O Pioneers! , published in 1913, which was followed by her most famous pioneer novel, My Antonia , in 1918. In 1922 she won the Pulitzer Prize for one of her lesser-known books. One of Ours. Death Comes for the Archbishop (1927), her masterpiece, and Shadows on the Rock (1931) also celebrated the pioneer spirit, but in the Southwest and French Canada. Her other novels include The Song of the Lark (1915), The Professor’s House (1925), My Mortal Enemy (1926), and Lucy Gayheart (1935). Wila Cather died in 1947. From the Paperback edition.

Description:
Vintage. Paperback. GOOD. Spine creases, wear to binding and pages from reading. May contain limited notes, underlining or highlighting that does affect the text. Possible ex library copy, will have the markings and stickers associated from the library. Accessories such as CD, codes, toys, may not be included.
Item Price
$1.00
$3.00 shipping to USA

Description:
Vintage. Used - Very Good. . . All orders guaranteed and ship within 24 hours. Your purchase supports More Than Words, a nonprofit job training program for youth, empowering youth to take charge of their lives by taking charge of a business.
Item Price
$1.61
$3.00 shipping to USA

Description:
Vintage. Used - Acceptable. Used - Acceptable EX-LIBRARY -The item is fairly worn but still readable. Signs of wear include aesthetic issues such as scratches, worn covers, damaged binding. The item may have identifying markings on it or show other signs of previous use. Item may have page creases, creased spine, bent cover or markings inside. Item is packed with care, shipped promptly.
Item Price
$1.50
$3.99 shipping to USA 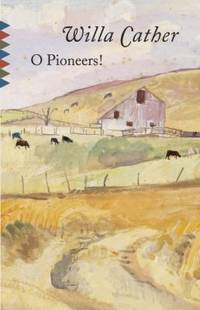 Description:
Vintage, 1992. Illutrated wrps; 1598 pages; tight inding; no marks; no chips or tears; tgext block is bright and clean; pages are lightly yellowed at perimeter. "One of America’s greatest women writers, Willa Cather established her talent and her reputation with this extraordinary novel—the first of her books set on the Nebraska frontier. A tale of the prairie land encountered by America’s Swedish, Czech, Bohemian, and French immigrants, as well as a story of how the land challenged them, changed them, and, in some cases, defeated them, Cather’s novel is a uniquely American epic.". Soft Cover. Asn/No Dust Jacket as Issued. 8vo - over 7¾ - 9¾" tall. Book.
Item Price
$8.50
$3.99 shipping to USA

Description:
Vintage. Used - Very Good. Very Good condition. A copy that may have a few cosmetic defects. May also contain a few markings such as an ownerâ€™s name, short gifterâ€™s inscription or light stamp.
Item Price
$8.99
$3.99 shipping to USA

Description:
Used - Good. Ships from the UK. Former Library book. Shows some signs of wear, and may have some markings on the inside.
Item Price
$6.00
$10.00 shipping to USA

Description:
the OVERSIZED softcover undated stated Sentry Edition. Other than a pages-to-spine split in the middle (easily taped) both the cover and the book are in very good condition. There are no rips, tears, markings, etcVery Good
Item Price
$11.00
$6.00 shipping to USA 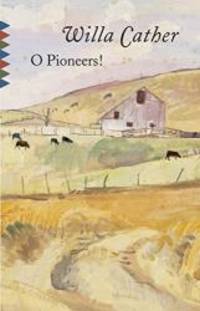