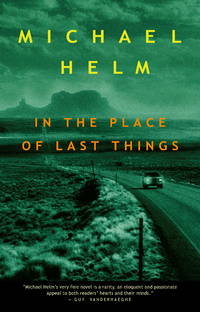 Michael Helm is the acclaimed author of The Projectionist , a finalist for The Giller Prize, and In the Place of Last Things , a finalist for the Rogers Writers’ Trust Fiction Prize and for a regional Commonwealth Writers’ Prize for Best Book. He studied literature at the University of Toronto, and has taught at colleges and universities in Canada and in the U.S. His writings on fiction, poetry, and photography have appeared in North American newspapers and magazines, including Brick , where he has been an editor since 2003. Born in Saskatchewan, Michael Helm has lived most recently in Michigan and Toronto. 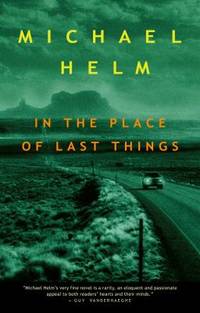 Description:
Emblem Editions, 2005. Paperback. As New. Disclaimer:Pages are clean and are not marred by notes or folds of any kind. ~ ThriftBooks: Read More, Spend Less.Dust jacket quality is not guaranteed.
Item Price
$16.97
FREE shipping to USA