Description:
University of Hawaii Press. Used - Good. Shows some signs of wear, and may have some markings on the inside.
Item Price
$11.85
FREE shipping to USA 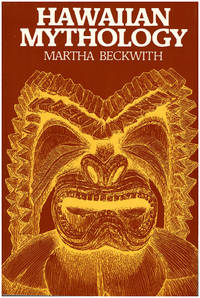 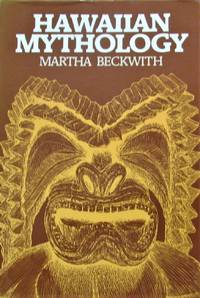 Description:
U.S.A.: University Press of Hawaii, 1979 « Ku and Hina-man andwoman-were the great ancestral gods of heaven and earth for the ancientHawaiians. They were life's fruitfulness and all the generations of mankind,both those who are to come and those already born. The Hawaiian gods werelike great chiefs from far lands who visited among the people, entering their dailylives sometimes as humans or animals, sometimes taking residence in a stone orwooden idol. As years passed, the families of gods grew and included thetrickster Maui, who snared the sun, and fiery Pele of the volcano. Ancient Hawaiian lived bythe animistic philosophy that assigned living souls to animals, trees, stones,stars, and clouds, as well as to humans. Religion and mythology were interwovenin Hawaiian culture; and local legends and genealogies were preserved in song,chant, and narrative.» Spine slightly sunned. Blank sticker on half title page.
Item Price
$10.08
$12.87 shipping to USA

Description:
Honolulu, Hawaii, U.S.A.: University of Hawaii Press, 1976. The book is tight, bright, and clean with no markings, Minimal rubbing, bumping, and soiling to the book. No markings or inscriptions.. Later Printing. Trade Paperback. Fine.
Item Price
$20.00
$4.50 shipping to USA