Description:
1989 oversize hardcover stated 1st US edition. Slight tilt to spine, remainder stamp on bottom edge, hint of sunning and soil on cover, else fine. Oversize book â€“ extra shipping charges will apply, especially for international and priority orders as this will not fit into a flat rate envelope. For NY state residents I am required to add 8.875% sales tax.
Item Price
$13.95
$3.95 shipping to USA

Description:
New York: Rizzoli, 1989. First American edition. Hardcover. Near Fine/very good. 1989, First American edition. Hardcover. 200 pp. Illustrated in color and b&w. Near fine in a very good dust jacket. DJ has light wear to the corners and rubbed foredges. Light wrinkle of the rear wrap. Inlaid 1992 article on amber by John F. Ross from The Hamilton Collection. Contents clean and unmarked. Due to the size of this item, extra postage may be required for priority or international orders.
Item Price
$20.00
$4.50 shipping to USA 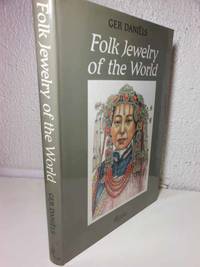 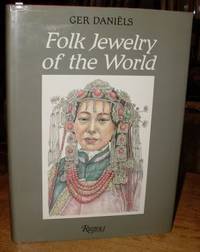 Description:
NY: Rizzoli, 1989, 1989 The illustrations were especially hand drawn by the author from museum pieces, photos and jewelry still worn today. Each illustration is individually and fully described as well as referenced in a separate list. Bibliography is followed by the plates. Interesting to note is the close resemblance of symbols, designs and motifs among peoples of the world who, before the 20th century, apparently had no contact or knowledge of each other. Jewelry from Australia, Asia, Europe, Africa, the Americas is presented with details of social, political, marital and religious meanings discussedddd. A beautiful book. F/NF. Hardcover.
Item Price
$85.00
$3.00 shipping to USA