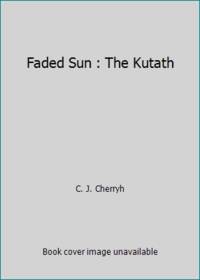 Description:
Penguin Publishing Group, 1980. Mass Market Paperback. Good. Disclaimer:A copy that has been read, but remains in clean condition. All pages are intact, and the cover is intact. The spine may show signs of wear. Pages can include limited notes and highlighting, and the copy can include previous owner inscriptions. At ThriftBooks, our motto is: Read More, Spend Less.Dust jacket quality is not guaranteed.
Item Price
$3.89
FREE shipping to USA

Description:
DAW, February 1980. Mass Market Paperback. Used - Acceptable. First book has a $3 shipping fee, there is no additional shipping fee for addition books from our store. All of our books are in clean, readable condition (unless noted otherwise). We do not accept books with water damage, strong smoke smell, or just plain beat up. Our books generally have a store sticker on the inside cover with our in store pricing. If the edges are starting to get wore, but the book is otherwise in good condition, we may have clear tape reinforcing the edges. Being used books, some of them may have writing inside the cover. If you need more details about a certain book, you can always give us a call as well 920-734-8908.
Item Price
$2.00
$3.75 shipping to USA 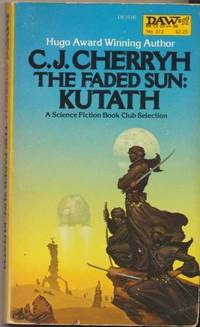 Description:
Daw Book 372, 1980. 1st printing. Kutath was an ancient world and a dying one. In ages past, its best sons and daughters had gone to the stars to serve as mercenaries in the wars of aliens.. Paperback. near fine paperback, Michael Whelan cover.
Item Price
$7.79
$6.48 shipping to USA

Description:
New York: Daw, 1980. SIGNED - FOR TIM - BEST WISHES - by the AUTHOR on the Title page. Book is in Very Good + condition. Boards are clean, tiny bit of wear along the spine and edges. Page edges have a small amount of reading wear. Interior is clean and legible. Not remaindered. Thanks and Enjoy. All-ways well boxed, All-ways fast service. Thanks.. Signed by Author. Later Printing. Mass Market Paperback. Very Good +.
Item Price
$12.95
$4.00 shipping to USA

Description:
DAW. Used - Good. Ships from the UK. Shows some signs of wear, and may have some markings on the inside. 100% Money Back Guarantee. Your purchase also supports literacy charities.
Item Price
$7.01
$10.00 shipping to USA 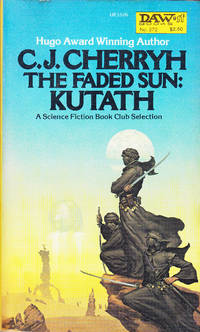 Description:
DAW, 1980. Mass Market Paperback. Good. 4.25" x 7. P/B 256 pages, condition is good, some edge wear.. Kutath was an ancient world and a dying one. In ages past its best sons and daughters had gone to the stars to serve as mercenaries in the wars of aliens. Now the survivors of its star-flung people, the mri, had come back in the form of a single woman, the last priestess-queen Melein, and a single man, the last warrior, Niun. And one other the human Sten Duncan who had deserted Earth's military to swear service to the foes of his own species. Here is the grand climax of the highly praised novels of the Faded Sun, candidates for Hugo and Nebula awards. Complete in itself, it is a science-fiction novel of the highest caliber, an in-depth study of the last stand of an alien culture confronted with the devastating vengeance of two star-conquering races.
Item Price
$3.93
$19.64 shipping to USA