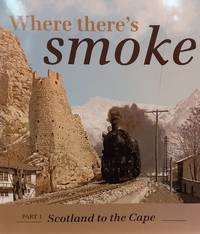 Description:
Hyde Park, South Australia: Cadeco, 2019. Book. New. Hardcover. 1st Edition. 160 Pages with Colour Photos. This first volume of a two-part series follows the lines of latitude west to east and longitude north to south, starting in the birthplace of steam locomotion - the United Kingdom, and meandering via Western Europe, Eastern Europe and the Middle East to Africa's southern tip. It ends in the rugged escarpment country near Cape Town. The second volume, covering the hemisphere stretching east and south from Pakistan to Patagonia, will be published approximately one year later - in mid-2020..
Item Price
$60.50
$49.16 shipping to USA