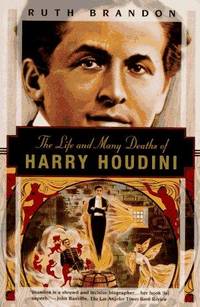 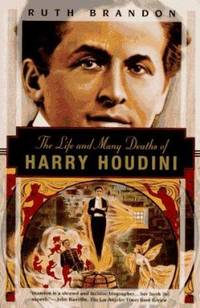 Description:
Kodansha America, Incorporated, 1995. Paperback. Good. Disclaimer:A copy that has been read, but remains in clean condition. All pages are intact, and the cover is intact. The spine may show signs of wear. Pages can include limited notes and highlighting, and the copy can include previous owner inscriptions. At ThriftBooks, our motto is: Read More, Spend Less.Dust jacket quality is not guaranteed.
Item Price
$4.58
FREE shipping to USA

Description:
New York : Kodansha International, 1995., 1995. As New. x, 355 p., [32] p. of plates : ill. ; 22 cm. ; illustrated paper wrappers ; ISBN: 1568361009 ; National Library: 9704987; LCCN: 95-79323 ; OCLC: 32923886 ; 50 photographs ; "Ruth Brandon explains in fascinating detail the secrets of Houdini's most celebrated escapes, but, more important, she asks, 'What was Houdini really trying to escape from?' Searching for the answer, she reveals a man far more extraordinary than any of his audience could have imagined. Ruth Brandon reveals much that is new including how Houdini invented a phantom son and wrote daily long letters to his wife, Bess, who lived on the floor just below him; the first full description of Houdini's fabled death; and fresh material on the early life of Margery, the medium who played such a significant role in Houdini's life." ; AS NEW
Item Price
$17.00
$8.00 shipping to USA