Colin Cotterill is the Dilys Award-winning author of nine books in the Dr. Siri Paiboun series: The Coroner's Lunch , Thirty-Three Teeth , Disco for the Departed , Anarchy and Old Dogs , Curse of the Pogo Stick , The Merry Misogynist , Love Songs from a Shallow Grave , and Slash & Burn , and The Woman Who Wouldn't Die . He lives in Chumphon, Thailand, with his wife and six deranged dogs. From the Hardcover edition. 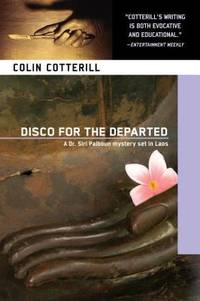 Description:
Soho Press, Incorporated, 2007. Paperback. Good. Disclaimer:A copy that has been read, but remains in clean condition. All pages are intact, and the cover is intact. The spine may show signs of wear. Pages can include limited notes and highlighting, and the copy can include previous owner inscriptions. At ThriftBooks, our motto is: Read More, Spend Less.Dust jacket quality is not guaranteed.
Item Price
$7.70
FREE shipping to USA 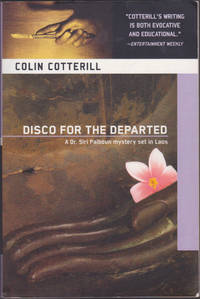 Description:
New York: Soho, August 2007. Trade Paperback. Near Fine. Text unmarked. Spine straight and tight with slight crease to lower half. Covers clean and bright. Not from a library. Very light reading wear to edges and corners. 248 pages. Dr Siri Paiboun, reluctant national coroner of the People's Democratic Republic of Laos, is summoned to a remote location in the mountains of Huaphan Province, where for years the leaders of the current government had hidden out in caves, waiting to assume power. Now, as a major celebration of the new regime is scheduled to take place, an arm is found protruding from the concrete walk that was laid from the President's former cave hideout to his new house beneath the cliffs. Dr Siri is ordered to supervise the disinterment of the body attached to the arm, identify the corpse, and discover how he died.
Item Price
$13.45
FREE shipping to USA 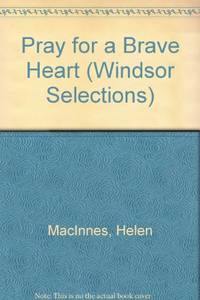 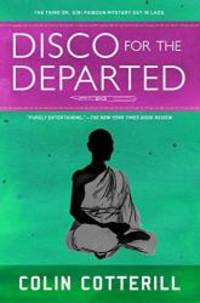