On the 10th anniversary of his death, brilliant astrophysisist and Pulitzer Prize winner Carl Sagan's prescient exploration of the relationship between religion and science and his personal search for God.Carl Sagan is considered one of the greatest scientific minds of our time. His remarkable ability to explain science in terms easily understandable to the layman in bestselling books such as Cosmos, The Dragons of Eden, and The Demon-Haunted World won him a Pulitzer Prize and placed him firmly next to Isaac Asimov, Stephen Jay Gould, and Oliver Sachs as one of the most important and enduring communicators of science. In December 2006 it will be the tenth anniversary of Sagan's death, and Ann Druyan, his widow and longtime collaborator, will mark the occasion by releasing Sagan's famous "Gifford Lectures in Natural Theology," The Varieties of Scientific Experience: A Personal View of the Search for God.The chance to give the Gifford Lectures is an honor reserved for the most distinguished scientists and philosophers of our civilization. In 1985, on the grand occasion of the centennial of the lectureship, Carl Sagan was invited to give them. He took the opportunity to set down in detail his thoughts on the relationship between religion and science as well as to describe his own personal search to understand the nature of the sacred in the vastness of the cosmos.The Varieties of Scientific Experience, edited, updated and with an introduction by Ann Druyan, is a bit like eavesdropping on a delightfully intimate conversation with the late great astronomer and astrophysicist. In his charmingly down-to-earth voice, Sagan easily discusses his views on topics ranging from manic depression and the possibly chemical nature of transcendance to creationism and so-called intelligent design to the likelihood of intelligent life on other planets to the likelihood of nuclear annihilation of our own to a new concept of science as "informed worship." Exhibiting a breadth of intellect nothing short of astounding, he illuminates his explanations with examples from cosmology, physics, philosophy, literature, psychology, cultural anthropology, mythology, theology, and more. Sagan's humorous, wise, and at times stunningly prophetic observations on some of the greatest mysteries of the cosmos have the invigorating effect of stimulating the intellect, exciting the imagination, and reawakening us to the grandeur of life in the cosmos. 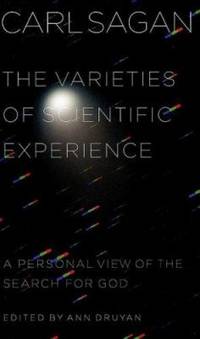 Description:
Penguin Press HC, The. Used - Good. Hardcover This item shows wear from consistent use but remains in good readable condition. It may have marks on or in it, and may show other signs of previous use or shelf wear. May have minor creases or signs of wear on dust jacket. Packed with care, shipped promptly.
Item Price
$2.99
$3.99 shipping to USA

Description:
Good. Used book in good condition. Has wear to the cover and pages. Contains some markings such as highlighting and writing. 100% guaranteed. 042520
Item Price
$17.19
$3.99 shipping to USA

Description:
New York: The Penguin Press. Fine in Very Good+ dust jacket. 2006. 1st Edition; 1st Printing. Hardcover. 1594201072 . Hardcover with dustjacket, book is in excellent condition, no remarkable flaws, jacket is clean and attractive with one minor flaw: moderate rubbing to the glossy surface, the original price is present and a professional (removable) mylar cover is included, the following is a quote on the rear panel of the jacket from Kurt Vonnegut: "Find here a major fraction of this stunningly valuable legacy left to all of us by a great human being. I miss him so" .
Item Price
$18.00
$4.50 shipping to USA 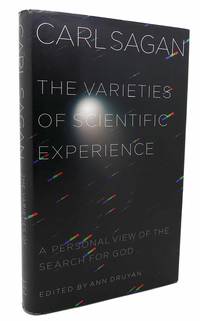