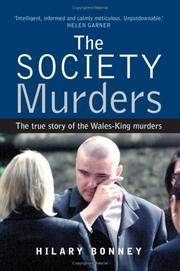 Description:
Allen & Unwin, 11/01/2003. Paperback. Used; Good. **WE SHIP WITHIN 24 HRS FROM LONDON, UK, 98% OF OUR ORDERS ARE RECEIVED WITHIN 7-10 DAYS. We believe you will be completely satisfied with our quick and reliable service. All orders are dispatched as swiftly as possible! Buy with confidence!
Item Price
$5.42
$9.50 shipping to USA 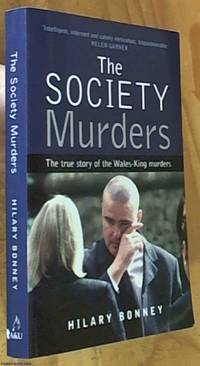 Description:
Allen & Unwin, Sydney, 2003. First Edition. Softcover. Very Good Condition. Illustrator: photographs. Appendix, and notes, acknowledgements and photographic credits. Between pages 162 and 163 there are 12 pages of colour photography. Colour photographic paperback binding with gray and white coloured titles to the front panel and back strip. In April 2002 socialite Margaret Wales-King and her husband Paul King disappeared after having a meal with their family. 25 days later there bludgeoned bodies were found in bushland. The next shock was that Margaret Wales-King's youngest son, Matthew, was charged with their murder; and, quoting from the rear panel blurb, " ... In his confession Matthew was adamant that he wasn't after the money. He felt totally disempowered by his mother and believed he had no choice but to commit one of the most uncommon and unsettling of crimes – matricide."  A little creasing of the book corners with rubbing… Read More
Item Price
$9.29
$13.12 shipping to USA

Description:
Crows Nest NSW: Allen & Unwin, 2003. Soft cover. Very Good. 8vo - over 7¾" - 9¾" tall. There is a gift inscription on the half title page and the pages are tanned, else clean and solid. "The Society Murders is the name given to the 4 April 2002 murders of husband and wife millionaire socialites Margaret Mary Wales-King, 69, and husband, Paul Aloysius King, 75, in Melbourne, Victoria, Australia, by Margaret's son, Matthew Wales. News media throughout Australia covered the crime and subsequent trial, which later became the subject of a book and a television film" (Wikipedia) Hilary Bonney, a Melbourne barrister, wrote the book without co-operation from the Wales-King family, based largely on court evidence and police documents.
Item Price
$7.29
$26.97 shipping to USA