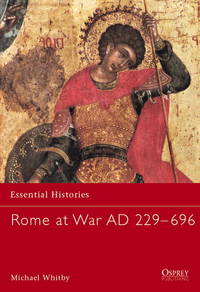 Michael Whitby is Professor of Classics and Ancient History at Warwick. He is the author of The Emperor Maurice and his Historian, Theophylact Simocatta on Persian and Balkan Warfare (1988) and is co-editor of the forthcoming ‘Cambridge History of Ancient Warfare’ (2003/04). He is currently working on a study of Warfare and Society in the later Roman world. 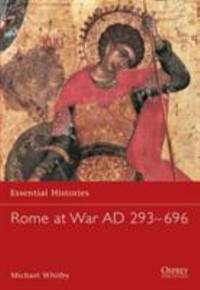 Description:
Bloomsbury Publishing USA, 2002. Paperback. Good. Disclaimer:A copy that has been read, but remains in clean condition. All pages are intact, and the cover is intact. The spine may show signs of wear. Pages can include limited notes and highlighting, and the copy can include previous owner inscriptions. At ThriftBooks, our motto is: Read More, Spend Less.Dust jacket quality is not guaranteed.
Item Price
$11.41
FREE shipping to USA

Description:
University Park, Illinois, U.S.A.: Osprey Pub Co, 2002. New book, 95 pages, ESS021. In the early third century AD the Roman Empire was a force to be reckoned with, controlling vast territories and wielding enormous political power from Scotland to the Sahara. 400 years later this mighty Empire was falling apart in the face of successive problems that the rulers failed to deal with. In this challenging new volume Michael Whitby tackles the fundamental issues (such as the rise of Christianity) that led to the 'decline and fall' of the Roman Empire, and offers a startling reassessment of the performance of the late Roman army.. Soft Cover. As New. 8vo - over 7¾" - 9¾" tall.
Item Price
$18.10
$27.96 shipping to USA 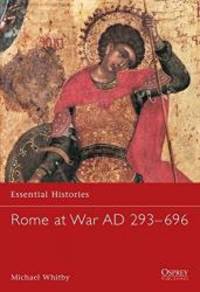