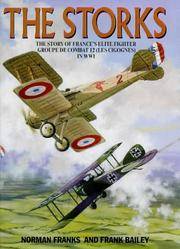 Description:
Grub Street Publishing. Hardcover. GOOD. Spine creases, wear to binding and pages from reading. May contain limited notes, underlining or highlighting that does affect the text. Possible ex library copy, will have the markings and stickers associated from the library. Accessories such as CD, codes, toys, may not be included.
Item Price
$16.67
$3.00 shipping to USA 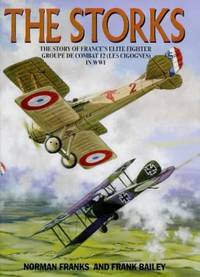 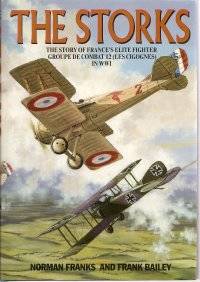 Description:
United Kingdom: Grub Street the Basement, 1998. 160pp. Illus. Born during the Battle of Verdun in 1916, the Storks became France's premier fighting group in World War I. Initially comprising the Escadrilles N3, N26, N73 and N103 and under the leadership of Felix Brocard, GC12 counted amongst its fighter pilots most of the big French aces of the war- Guynemer, Fonck (the allied ace of aces with 75 victories), Heurtaux, Deullin, de Sevin, Bozon-Verdurez and many more. It also had several American Lafayette volunteers amongst its ranks, notably Frank Baylies, Edwin Parsons, Bert Hall and Charles Biddle. Clean. First Edition. Hard Cover. Fine/Fine. 4to - over 9¾" - 12" tall.
Item Price
$54.50
$4.95 shipping to USA