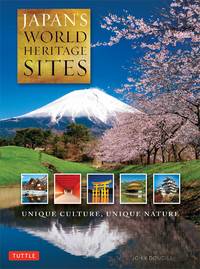 Visit the most compelling cultural and nature sites in all of Japan—and the world! In Japan's World Heritage Sites , readers are introduced to over 40 of the famous temples, gardens, castles and natural wonders for which Japan is so justly renowned—all of which have now been declared Unesco World Heritage Sites. Author John Dougill describes each site in detail, stating why they were singled out by Unesco, the current number and types of sites, the application process, how the sites have been selected, and how difficult it is to be given the special status of a World Heritage Site. Dougill traveled to all of the sites in Japan to research this book. Because the Japanese archipelago extends from Siberia all the way down to Taiwan, Dougill describes how his journey led him from the sub-Arctic to the sub-tropical zones. These are without a doubt the most interesting sites that Japan has to offer, including the following: Mount Fuji, Japan's tallest and most sacred volcano. Located on Honshu Island near Tokyo, Mt. Fuji is considered the sacred symbol of Japan. Himeji Castle, a monument from Japan's long feudal history. Also known as Egret Castle, because it looks like a bird taking off in flight. Horu-ji Temple, the world's oldest surviving wooden structure—a center of Buddhist learning that still serves as a seminary and monastery Hiroshima Peace Memorial or Atomic-Bomb Dome—one of the few structures to partially survive the atomic blast in 1945 The Ogasawara Islands, a remote archipelago of over 30 islands including Iwo Jima, that is home to rare wildlife and spectacular scenery Readers will learn how Japan first became involved with the World Heritage Sites program back in 1993, the importance of these designations, and their popularity in Japan and abroad today, where they are visited by millions of people annually, both Japanese and foreigners.

Description:
Tuttle Publishing, 7/1/2014. Illustrated. Hardcover. Very Good. Very Good Condition - May show some limited signs of wear and may have a remainder mark. Pages and dust cover are intact and not marred by notes or highlighting.
Item Price
$3.74
$3.75 shipping to USA 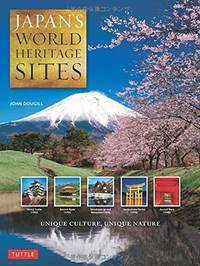