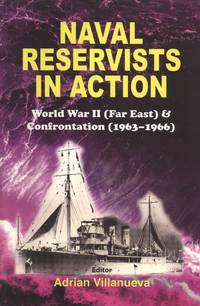 Description:
Strategic Information and Research Development Centre. 2013. Trade paperback. Fine.. 209 p. Includes: illustrations, index, bibliography. . Part 1 of this unique book relates the actual accounts of the Colonial Royal Naval Reservists from Australia, Britain, Burma, Hong Kong, India, Straits Settlements (Singapore and Penang) engaged in operations against the Japanese during World War II in the Far East. Part 2 covers Indonesian Confrontation (1963-1966), described as a "silent war". It encompasses the support given by the mobilised RMNVR reservists from Singapore, Penang and Klang divisions to the RMN during anti-infiltration patrols in East and West Malaysian waters, as well as serving in the TAG Operational area of Tawau residency (Sabah--North Borneo) under the 42 RM Commando & Green Jackets. The accounts in both parts of the book were written by the reservists themselves as well as by naval researchers. A number of the naval reserve veterans have since died, and their rarely known service for king… Read More
Item Price
$50.00
$3.90 shipping to USA