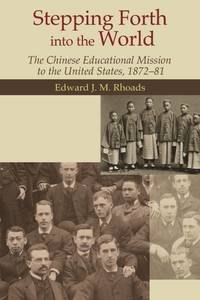 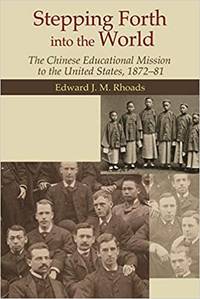 Description:
The Chinese Educational Mission was one of the earliest efforts at educational modernization in China. As part of the Self-Strengthening Movement, the Qing government sent 120 students to New England to live and study for a decade, before they were abruptly summoned home to China in 1881. This book, based upon extensive research in local archives and newspapers, focuses on the experiences of the students during their nine-year stay in the United States.Historians of modern China will find this book highly relevant because of its detailed account of one of the major projects of the Self-Strengthening Movement. To date, there are at most two credible studies in English and Chinese on the Chinese Educational Mission; both are deficient in source citation and tend to dwell on the students' experiences after their return to China rather than during their stay in America.
This volume will also appeal to specialists in Asian-American studies, for its comparing and contrasting the experiences of the Chinese… Read More
Item Price
$20.74
$12.45 shipping to USA

Didnâ€™t find what youâ€™re looking for?

Try adding this search to your want list. Millions of books are added to our site everyday and when we find one that matches your search, weâ€™ll send you an e-mail. Best of all, itâ€™s free.

Join the Bibliophileâ€™s Club and save 10% on every purchase, every day — up to $25 savings per order!