The author of The 101 Best Graphic Novels offers some recommended reading and viewing for any interest and any age group.

Hailed as somewhere between a new literary phenomenon and a traditional storytelling medium, graphic novels have gained new respect in recent years. 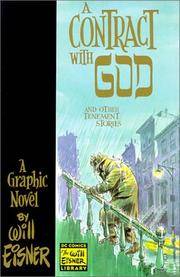 A Contract with God, and other Tenement Stories, by Eisner

A cousin of comic strips, a graphic novel is a story told in comic book format with a beginning, middle, and end. Graphic novels also include bound books conveying nonfiction information in comic book form. The term was first popularized by veteran cartoonist Will Eisner, who intended his 1978 book, A Contract with God: And Other Tenement Stories, for adult rather than child readers, and sold it through bookstores rather than in the growing number of American comic book specialty shops. The first big break for the graphic novel medium came in 1986, when Pantheon Books published the first volume of Art Spiegelman’s Pulitzer Prize-winning Maus, and DC Comics brought out Batman: The Dark Knight Returns and Watchmen, both sophisticated superhero stories aimed at adults.

All three books crossed over from the comic book world to the larger reading community and raised the hopes of both readers and cartoonists aspiring to break out of the comic book ghetto.

And break out they did. After Maus won a Pulitzer in 1992, graphic novels began to punctuate the literary establishment and inspire creative works in other media. Scott McCloud’s seminal book, Understanding Comics (1993), an exploration of how comics work and an overview of their history, was followed by graphic novels that found their way out of the comic book store: Neil Gaiman’s The Sandman , Peter Kuper Give It Up: And Other Stories by Franz Kafka, and Dan Clowes’ marvelous ode to teenage angst, Ghost World. Simultaneously, movie directors and serious novelists began weaving comic book themes into their work. Legendary cartoonist Robert Crumb, associated with the Underground Comix movement of the mid-1960s, became the subject of a documentary; Kevin Smith used the world of alternative cartooning as a backdrop to his 1996 movie, Chasing Amy. At the same time, novelists such as Jay Cantor drew upon the comic strip world for literary inspiration in his novel, Krazy Kat (1988), and Michael Chabon used the early world of comic books as the focal point of his Pulitzer Prize-winning novel, The Amazing Adventures of Kavalier and Clay (2000). Dark Horse Comics has created a comic book series, The Amazing Adventures of the Escapist, based on an imagined comic book described in the novel. Chabon also offered a proposal for the first X-Men movie (which was rejected but is viewable at his website) and co-scripting the feature-length film Spider-man II.

Fantasy  (Each of the books listed in this section is part of a series that readers might enjoy.)

Stephen Weiner, Director of the Maynard Public Library in Maynard, Massachusetts, holds a master’s degree in Children’s Literature as well as a M.L.I.S., and has been writing about comic art since 1992. He has published articles and reviews in magazines such as Library Journal, School Library Journal, and Bold Ideas for Innovative Teaching. His books include 100 Graphic Novels for Public Libraries (1996), The 101 Best Graphic Novels (2001), and Faster than a Speeding Bullet: The Rise of the Graphic Novel (2003). In addition, he is co-author (with N.C. Christopher Couch) of The Will Eisner Companion (2004).

(This abridged article provided courtesy of Bookmarks Magazine. All rights reserved. For more information on the magazine, please visit www.bookmarksmagazine.com.)