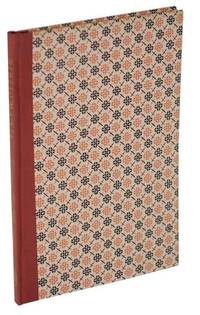 Think of Gustave Flaubert, and youth may not be the first concept that comes to mind. But he was only 14 when he wrote what would become, when he was all of 15, his first published work. His Bibliomanie appeared in a literary journal some 20 years before Madame Bovary saw the light of a publishing day that has yet to wane, and that early effort shares something important with the later masterpiece, what in the youthful case might be called sheer unadulterated sensation.

Flaubert’s Bibliomania, which we quote here in the evocatively illustrated Rodale Press edition of 1954, tells the sensational story of a monk gone mad. History knows him as Don Vincente, once guardian of his Spanish monastery’s library, who left his Cistercian order and became a Barcelona rare-book dealer. He also became, as the story goes, a bibliomaniacally-inspired serial killer, whose obsession with books persisted even as he faced execution in 1836. During this year, accounts of the man and his mania reached young Flaubert and the rest of the world.

Flaubert introduces him as Giacomo, a bookseller driven to acquire far more sales from his books and manuscripts. “He was taciturn and a dreamer, sombre and sad. He had but one idea, but one love, but one passion: books. And this love, this passion burned within him, used up his days, devoured his existence.” He sleeps among them, gazes at them, savors their dust and smell. Does it shock or explain when Flaubert tells us, almost in confidence: “Yet he scarcely knew how to read.”

What better than a book to describe obsessive book love, especially when it’s a love gone wrong? Flaubert’s insight is remarkable. In short, both Don Vincente and Giacomo killed to steal what they believed to be an unique copy. At trial, both real and fictionalized, the defendant learned that the book he couldn’t live without, the book worth someone’s life, was not the only one extent, a fact shared with the court by the defense. The accused, it’s reported, was more distraught by that revelation than by the imposition of the death sentence.

In that revel of a book Gentle Madness: Bibliophiles, Bibliomanes, and the Eternal Passion for Books, where the tale is well told, Nicholas A. Basbanes quotes the condemned Don Vincente: “Every man must die sooner or later, but good books must be conserved.”

No doubt many booksellers feel something like anguish when parting with a beloved book. We try not to show it, especially when accepting payment. Dealers in the old and rare may suffer most: will we ever see its like again, much less that very volume, once it leaves our care? We’re sure we’re not the only booksellers who have asked for visiting privileges with a volume that meant more to us than mere inventory.

A note to dealers who have asked to keep in touch with books they’ve sold: any interest in forming a self-help group? If only Don Vincente and his fictional incarnation had talked with like-minded souls about their obsession, might they have kept it bound by healthy book love?