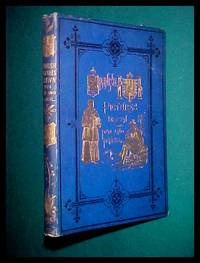 Gustave Doré was one of the most acclaimed artists of 19th century France. He was mostly known for his engravings and illustrated texts; however, his paintings, drawings, and sculpture are also world renowned.

Paul Gustave Doré was born in Strasbourg, France on January 6, 1832. By five years old, he was already a prodigy artist, creating intricate drawings that belied his youth and experience. His fascination with the many fields of art continued to develop as he grew, and by the time he turned twelve years old, he began to practice sculpture and engraving.

Doré snuck away from his family while they were vacationing in Paris in 1847. He took a sample of illustrations to a publisher, who immediately recognized his talent and hired him. Left to live in the publisher’s care, the 15 year old Doré released his first illustrated book that very year. “The Labors of Hercules” was created entirely by young Gustave, from writing the text to preparing the drawings, and then carving them into stone for printing.

Doré’s most notable works include:

1873 found Doré visiting England as a hero, and he was presented to Queen Victoria who thanked him for his work, asked him to inscribe a copy of the “Doré Bible,” and purchased several of his large paintings to display in Windsor Castle.

Doré continued to illustrate books, paint large canvases, and create sculpture until his death in Paris on January 23, 1883 at the age of 51. He is buried in the city’s Père Lachaise Cemetery.