Book collecting isn’t just for the bookish, it’s a rewarding pastime for anyone who is passionate about life. Nigel Beale talks about collecting books on beer and work-related subjects, and shows us that it is indeed possible to mix work and pleasure on the bookshelf. 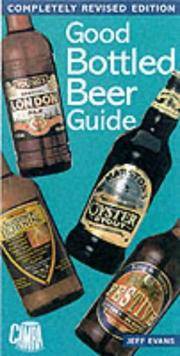 Book collecting finds its best start in your passions. If you love something, you’re going to want to learn as much about it as you possibly can. Let’s say for example it’s beer. Everything about it fascinates you – its taste, color, texture, the process by which it’s made, the bottles it comes in, the good-time television commercials that promote it, the sporting events and gear it sponsors, the parties it enhances – everything.

Books have been around for more than five hundred years, which means that mountains has been written on every topic imaginable. Beer is no exception. Search Biblio.com’s inventory using the term “beer” and see for yourself:

The Good Bottled Beer Guide, Home Brewed Beers and Stouts; Beer, Bed and Breakfast; The Art of Drinksmanship; … all can be had for a dollar or less.

As such they meet one of the most important criteria for collecting books: they’re cheap.

What this means is that others haven’t yet seen the value in them. Why go after what everyone else wants? Hemingway’s first editions, for example–how utterly unoriginal. They’ll cost you a bomb and, unless you’re bleeding greenbacks, the chances are slim you’ll ever get all of them; and you can forget the high points.

Hunting books that nobody else loves–those books that have gone unconsidered–is a much more rewarding, affordable endeavor. Consider that inexpensive books probably haven’t had a case yet made for their collectibility. Value is as much a function of creative argument as anything else. A book on its own may not be worth much, but as part of smartly conceived set, its value can be significant. Many fascinating collecting avenues open up to those smart enough to conceive new ideas and connections.

Getting back to our beer: if guide books don’t do it for you, why not consider histories? The Story of Whitbread’s, for example, goes for under $7.00, so does The Molson Saga and A Taste of the West from Coors.

Before long, and without siphoning too much from the beer fund, you’ll have a very decent collection of books which will not only look good on the shelf, they’ll furnish you with all sorts of details on a very popular topic.

Collecting books can also be beneficial to your bottom line. A very good career move in fact. Consider that if you start gathering books on a work-related topic, over time you’ll end up with a trove of valuable, career enhancing knowledge on your shelves, and, if you go about it the right way, a collection that sheds important new light on your profession; raw material which could prove useful if ever you decide to write anything on your business.

How to start? First off, if you love your work you’ve doubtless already done a fair amount of reading in the field. Practicing law, let’s say, or nursing, or sword-swallowing… You probably know who the experts are: the giants, those who wrote the book on best practices.

Knowledge of these leaders represents a great starting point. Put together a list of names and start looking for their memoirs. Not only do these typically contain helpful career advancing advice, they can also be inspiring. Who doesn’t benefit from reading about how others have struggled to the top?

You probably have some favorite role models. Go to town with their work. Perhaps they’ve written books on how to succeed in business, or industry reports or white papers, newspaper articles…whatever it is…pulling together all that they’ve written, and reading it closely, will not only yield wisdom, it may well put you in touch with people who, similarly, admire your heroes; people who could help you to reach new heights.

Book collecting isn’t just for the bookish, it’s a rewarding pastime for anyone who is passionate about life and curious about their passions.

Writer, broadcaster and bibliophile, Nigel Beale is the owner/publisher of Book Hunter Press and host of The Biblio File Radio Show. Please stop by his popular blog, Nota Bene Books.