Memoir writing has proved an effective campaign tool for presidential hopefuls, as well as a way of documenting their own view of their actions once Presidents leave office. 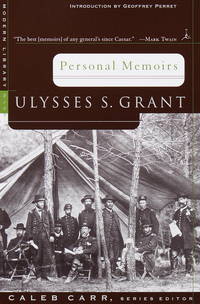 Ulysses S. Grant died less than one week after completing work on this book.

Presidential autobiographies have become standard issue after a president leaves office, but only recently, in relative terms. The trend did not start until Theodore Roosevelt published his autobiography in 1913. The popularity of his book was no doubt due to its content; Roosevelt had already lived a dynamic and outspoken life, which does make good reading. Since then, many American presidents have recorded for posterity their personal histories and unique views of the challenges of their presidencies.

The writings of US presidents have been published since the time of George Washington, usually in the form of speeches and other persuasive writings focused on the issues of the day. The first president to write his life story down in one place, however, was actually Ulysses S Grant. He finished writing his Personal Memoirs just five days before his death in 1885. The book was published posthumously by Mark Twain and was enormously successful.

Fifteen out of forty-four American presidents have produced memoirs, each for reasons within and without the strictest interest in recording for posterity. Two notable exceptions are both Presidents Bush. President George H. W. Bush consciously decided not to write a memoir of his presidency, stating that he wanted to leave that assessment to historians. He did co-write a memoir while he was vice-president called Looking Forward: an Autobiography with political writer Victor Gold. George W. Bush has not yet written a memoir of his presidency, but he has written a pre-presidential political memoir called A Charge to Keep. It was published in 1999, just in time for the 2000 election.

Memoir writing has proved an effective campaign tool for presidential hopefuls, beginning with Jimmy Carter’s campaign autobiography, Why Not The Best. The huge success of Barack Obama’s Dreams from My Father almost guarantees that no one will run for president without a campaign biography or memoir in the public eye to spur interest and popularity. It seems Americans are no longer content to read what a president has to say for himself after leaving office. They prefer to have this information before going to the polls.

Presidential autobiographies offer insight into the personalities and key decisions of the some of the most powerful and influential people in US history, offering readers the chance to know these leaders by their own words and recollections. For those who love Americana and US history, such autobiographies are irresistible. If you want to start or expand your collection, you’ll be glad to know that there are scores of them available in collectible editions, many signed by the author and priced very reasonably. As collector’s items they can be quite rare and valuable. As pieces of the American story, they can be priceless.

Create your own autobiography section in your Americana library: