How you can tell the difference between a first edition, first printing, and a book club edition of a collectible book – and why it matters! 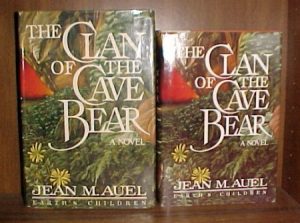 This image from MyWingsBooks’ guide to BCE demonstrates the subtle differences in the smaller size of hardcover BCE books.

So, you have just entered the world of book collecting, and have probably realized that the task of properly identifying collectible books is not as simple as it first appears.

You know that first edition printings describe a book that is likely to be worth more than a second printing or later edition, but what of that hardcover on your shelf that appears to be a bit smaller than the others? Is that worth something, too?

What is a Book Club Edition?
The basic definition: A book club edition (BCE) or book of the month club edition (BOMC) refers to a book printed by a “book club” with cheaper materials than the original publishing house, and is generally not worth much to the serious collector.

How Can You Identify a Book Club Edition?
Just as in standard book-collecting, the indicators vary between the different book clubs. There are some general rules that do apply that can help you to correctly identify BCE:

I’m Still Not Sure if I Have a Book Club Edition…
When in doubt, do a web search for a complete bibliography of the author in question. You can also search for a bookseller in your area to assist you in identifying and valuing your book for the standard appraisal rates.

Often, the same printing plates from trade editions are used to print the book club version. Any of the aforementioned indicators of BCE’s overrule the information printed on the copyright page of the book in question, including any statement of “first edition” or a complete number-line.

Has your book been “price-clipped?”  Often, used booksellers or previous owners will cut out the corner of the inner flaps of the dust jacket where a price had been listed.  Some of the more unscrupulous sellers may cut the corners even on a BCE to make it appear that there was once a price listed, making it harder to identify correctly.

Are there any Book Club Editions that are collectible?
There are some Book of the Month and Book Club publishers that are more respected in the field of book collecting.  Easton Press, The First Edition Society of the Franklin Library , the Limited Editions Club, the Book Club of California have all produced some high quality books, signed editions, and first edition, first printing of titles that have become valuable.

If your BCE is in the Science Fiction or Mystery genre, you may want to do some extra research before tossing it out. There are some titles that first appeared in hardback form as a book club edition after first being printed in paperback. While they are not first editions, they stand up to time better than the paperbacks and may have value, if for nothing else, as a good reading copy.  (For a detailed overview of Science Fiction BCE’s, see Tim Doyle’s article on Bookthink.com)

Well-known authors whose first edition trade copies are hard to find cause almost any printing of their books to have worth, even BCE’s.  Some well-touted examples include Margaret Mitchell’s Gone with the Wind, and J.D. Salinger’s Catcher in the Rye.

BookThink – in-depth article explaining the identification marks of BCE, BOMC, and the different clubs that printed those books.