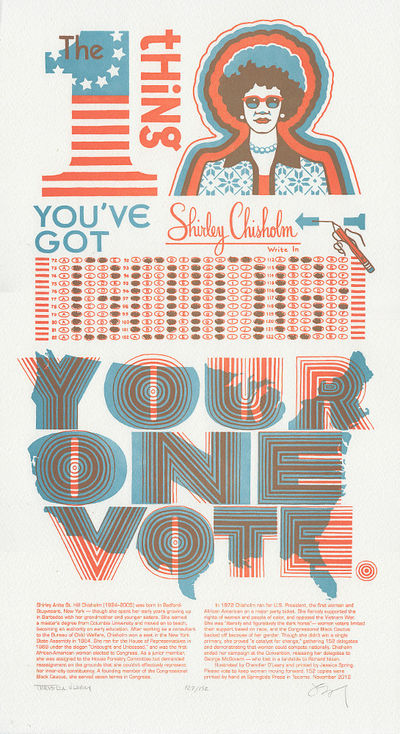 Keep the Change: No. 16 in the Dead Feminists series

The Dead Feminists is a broadside series created by the dynamic duo of Jessica Spring and Chandler O’Leary. 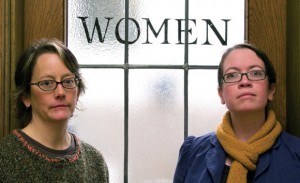 Jessica of Springtide Press and Chandler of Anagram Press unite to resurrect feminists from days gone bye whose messages still ring true when looking at the current political and social landscape.

The series has been going strong since 2008.  The broadsides are letterpress printed from hand-drawn lettering and illustrations in limited editions.

The size of each edition corresponds to the subject matter.  The edition of  “Gun Shy” featuring Annie Oakley was printed in an edition of 151 copies to represent each person injured or killed in a shooting rampage  in 2012! And, of course, a portion of the proceeds for each broadside goes to an organization related to the issue at hand. 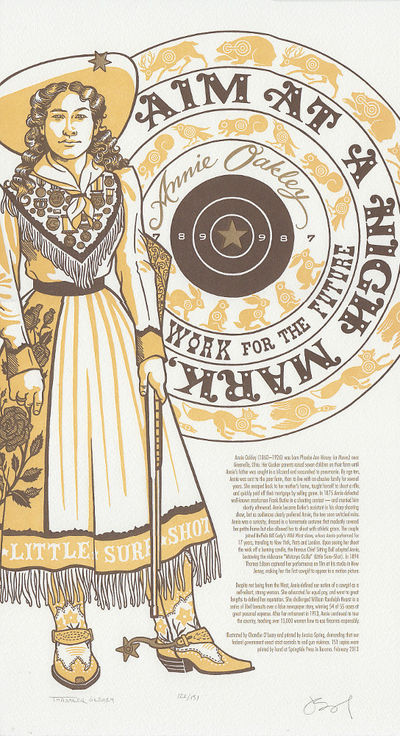 Gun Shy: No. 17 in the Dead Feminists series

The broadsides retail for $40 and usually sell out pretty quickly.

Let’s hope that someday they reprint some of the early broadsides!

The Dead Feminist broadsides where also included in our latest Bibliology e-mailing, a salute to National Women’s History Month.