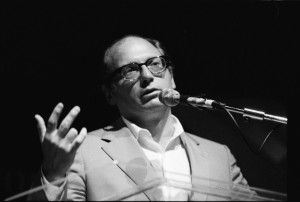 Author Oscar Hijuelos passed away after a heart attack on Saturday at age 62 in New York.

Hijuelos was born to Cuban parents in New York and although he was often lauded as a Latino author, he did not appreciate being compartmentalized by ethnicity.  Even so, the common themes in his books are cultural assimilation in the “melting pot” of the United States, and he is listed as an inspiration by many younger Latino authors.

Best known for “The Mambo Kings Play Songs of Love,” a novel that won him the 1990 Pulitzer Prize, Hijuelos was the first Latino to win that book award.  Hijuelos also was awarded the Ingram Merrill Foundation Award in 1983 and the Rome Prize in 1985 for his first published novel, “Our House in the Last World.”

Oscar Hijuelos wrote a memoir in 2011 that reminisced on the 1970’s in New York and his experience of being an aspiring Cuban writer, called “Thoughts without Cigarettes.”

Our condolences are extended to his wife, author and poet Lori Marie Carlson.

Collectible editions of Oscar Hijuelos work are after the jump…