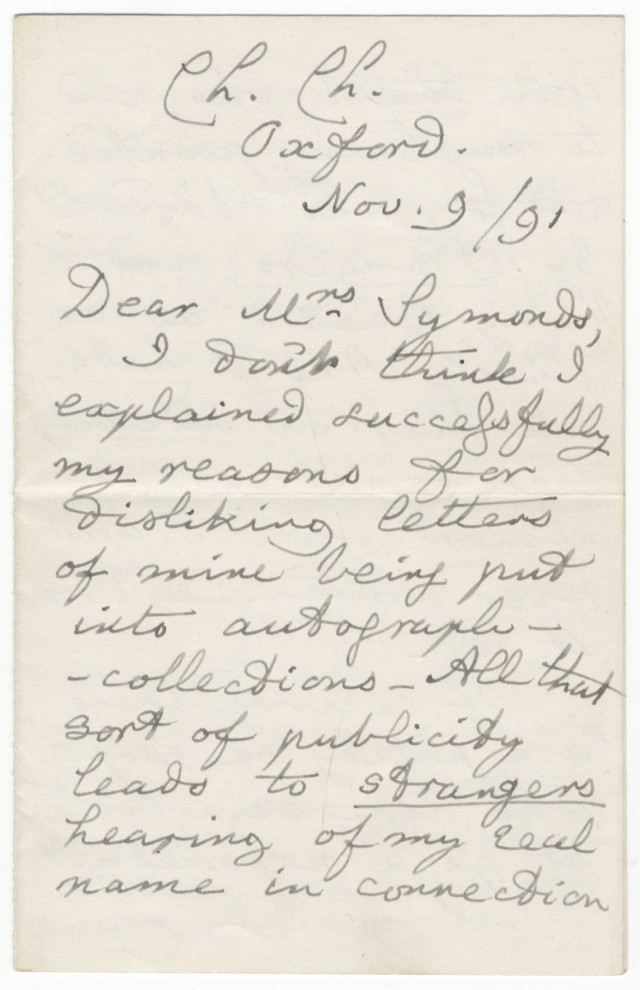 Poor Lewis Carroll detested the fame that his “Alice” books brought him. In a letter written to a friend, Mrs. Symonds, in 1891, he explains how he hates signing autographs or having his letters put into autograph books. “All that sort of publicity leads to strangers hearing of my real name in connection with the books, and to my being pointed out to, and stared at by, strangers, and treated as a ‘lion.’ And I hate all that so intensely that sometimes I almost wish I had never written any books at all.” That vituperative letter from a man best known as a children’s author will be sold at Bonhams London on March 19. The auction estimate is £3,000-4,000 ($5,000-6,700).

According to Bonhams, the shy Carroll (real name: Charles Dodgson) added insult to injury by printing something called The Stranger Circular, which he sent to would-be collectors with the message that Mr. Dodgson bluntly refused to have anything to do with books published under another name, i.e. Carroll.