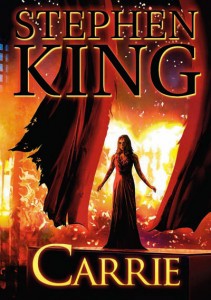 Six early Stephen King novels will be republished in deluxe special editions by the independent publisher Cemetery Dance. The move continues a long-term partnership between King and Cemetery Dance, who have already released several of the horror master’s novels in special editions, beginning with “From a Buick 8” in 2002.

The first novel on the dock is “Carrie,” which will be released in August in three different formats: a hand-numbered edition, limited to 52 copies, artist-signed and already sold out, a traycase edition, limited to 750 copies, artist-signed and priced at $225, and a slipcase edition, limited to 3,000 copies and priced at $85. All three formats will be produced as oversize hardbacks with heavy paper.  The new edition of “Carrie” will include six original paintings and dust jacket art by Tomislav Tikulin, an essay by Tabitha King, a new introduction by Stephen King, and a reproduction of a telegram sent by Doubleday to the author announcing they would publish the book (King’s first).

After releasing “Carrie,” Cemetery Dance will continue with “Salem’s Lot,” “The Shining,” “Night Shift,” “The Stand,” and “Pet Semetary” in six month intervals.