Action Comics #1, better known as the first ever Superman comic, is currently up for auction on eBay. With only a few days left in the auction, the bidding has already reached $1,850,101. (As of 10:30 p.m. PST on August 18th). The auction will likely exceed $2m, perhaps by a significant amount. The original price for the comic when it was released in 1938? $0.10. 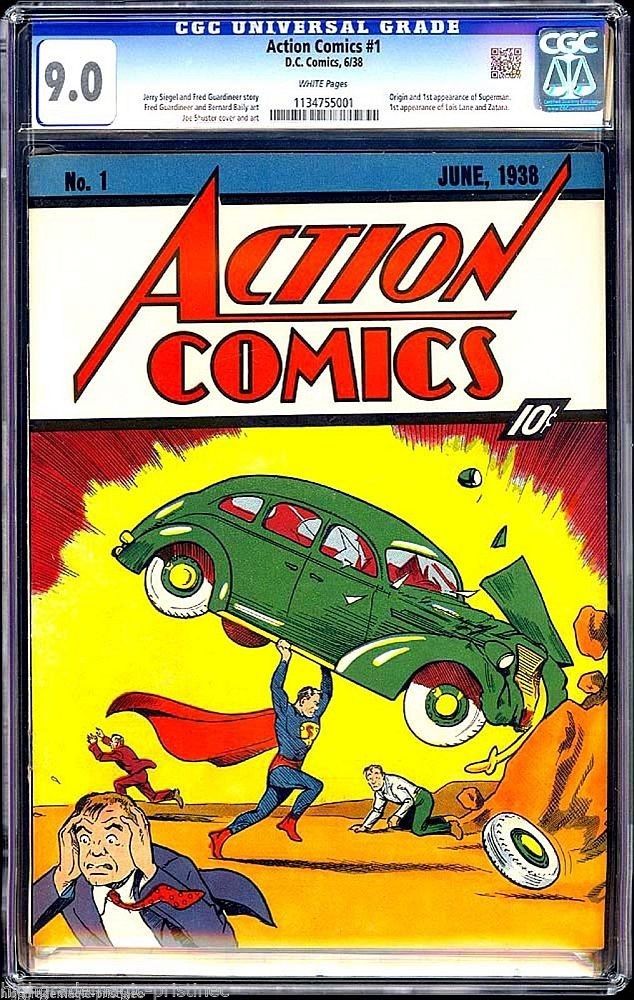 Long considered the “holy grail” for comic book collectors, approximately 50 – 100 copies of Action Comics #1 are thought to still be in existence. The last time the comic came to auction was in 2011 when actor Nicholas Cage sold his copy for $2.1m.

The copy up for auction is owned by comic book dealer Darren Adams, who purchased it a few years ago from a collector. That collector in turn purchased the comic from its original owner who had housed it in a cedar box since the day he purchased it in 1938. As a result, the comic is in exceptionally nice condition, rated a 9 out of 10 on a comic book rating scale.

Adams already turned down an offer for $3m for the comic book, so he is clearly anticipating a record-breaker with this eBay auction.

A portion of the sale’s proceeds will be donated to The Reeve Foundation, a charity set up by actor Christopher Reeve after a horse riding accident left him paralyzed.