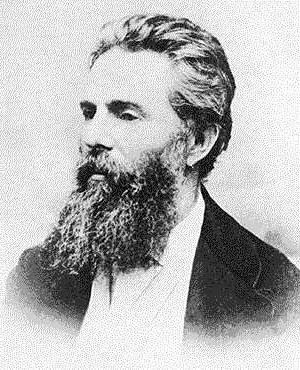 Last month would be Herman Melville‘s 195th birthday. Born on Pearl Street in Manhattan, the Moby Dick author found solace and inspiration at his family home known as Arrowhead, nestled in Pittsfield, Massachusetts.

On August 5th 1850, four days after turning 31, Melville met Nathaniel Hawthorne, who, at 46 years old, was an established figure on the American literary scene.  Local Stockbridge attorney David Dudley, Jr. was a mutual acquaintance and set up the rendezvous by inviting the writers, along with Oliver Wendell Holmes, for a hike up nearby Monument Mountain. An unexpected thunderstorm forced the group to take shelter in a cave, which gave Melville and Hawthorne an opportunity to converse at length and ultimately develop something of a literary father-son relationship. The party reached the summit and celebrated in style, toasting their arrival with champagne and a poetry reading. 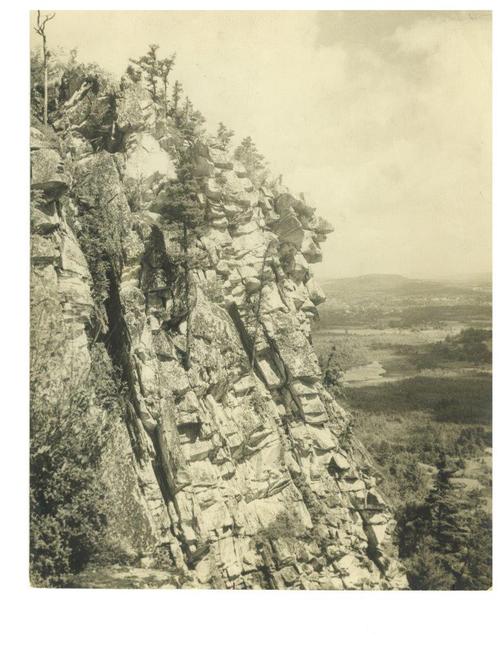 Over the next three years Melville and Hawthorne wrote regularly to each other, sharing ideas, editing and commenting on the other’s work. At the time, Melville was finishing The Whale, while Hawthorne was putting together short stories based on his hometown of Salem. While the friendship would fade by 1852, the men forged a relationship that impacted both their literary and professional lives thereafter. (Melville even dedicated Moby Dick to his friend: “To Nathaniel Hawthorne: In token of my admiration for his genius.”)

The Berkshire Historical Society at Arrowhead has hosted a free hike up the mountain to commemorate the meeting since the late 1990’s. I spoke with Berkshire Historical Society curator Will Garrison about this weekend’s walkabout. “Well, we don’t drink champagne at the top anymore,” Garrison says. “We stick to sparkling water these days.” Lack of alcoholic refreshment doesn’t deter enthusiasts in the slightest – between forty and fifty people make the journey each year.

The group meets promptly at 9am at the base of the mountain, in the parking lot, where a volunteer reads the first half of the same poem Melville’s hiking party had read: William Cullen Bryant‘s “Monument Mountain,” a lyrical ode about a lovesick Mohican maiden who throws herself off a cliff when forbidden to marry her true love. Her body was covered with stones as a “monument” to the event. Once at the summit – Squaw Peak – the group finishes the poem, toasts the milestone, and heads back down.

Interested parties may learn more at the Berkshires Trustees website. Participants are encouraged to wear closed-toe shoes and to be prepared for a moderate three-mile effort, with a total elevation gain of 720 feet.