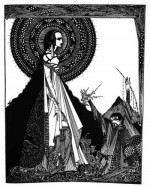 Poe fans have much to celebrate – there was a statue dedication in Boston, Susan Jaffe Tane‘s Poe collection is on exhibit at the Grolier Club, and a movie based on his short story “The System of Doctor Tarr and Professor Fether” will appear in theaters just in time for Halloween. While Poe’s popularity endures as the father of the modern detective genre, in his lifetime, he was better known as a critic.

“The Tomahawk” was Poe’s well-earned moniker for his notoriously vicious, slashing, brutal book reviews. He was prolific as well–over fourteen years he published almost 1,000 critical essays and reviews–all of which can now be found in a one volume edition published by The Library of America. Adam Gordon, Whitman College English professor and Poe scholar, says the invention of the steam press and the subsequent proliferation of cheap weekly tabloids created massive venues for lousy writers, and that readers needed guidance navigating these vast, uncharted, literary waters. “Poe felt there were too many bad books out there, and that the job of the critic was to separate the weak from the worthwhile.” A transatlantic literary conflict known as the ‘Paper War’ wherein American critics praised anything American while their British counterparts would slam work written stateside, plus a lack of international copyright did little to quell the uptick in poorly written publications. This blindly nationalistic criticism muddied what Poe considered to be America’s admirable budding national literature, and so spurred him to hack away at those he deemed unworthy. 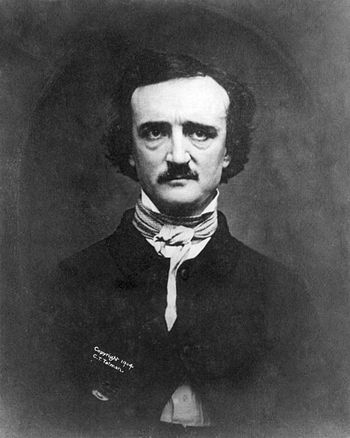 Despite publicizing his own eccentric persona through his gambling and drinking habits, Poe dedicated equal amounts of time and dedication to the institutionalization of literary criticism, legitimizing the discipline. “He cultivated a rigorous vocabulary for understanding poetry and prose, and his work gave rise to professional literary criticism,” says Gordon. “Criticism is no longer simply a belletristic hobby.”

And what would Poe make of the current state of literary criticism? “We’re going through another transitional moment in criticism with the rise of Amazon reviews and personal book blogs, while newspapers and magazines are simultaneously reducing or completely cutting their book review sections,” Gordon explains. “A movie review site like Rotten Tomatoes is actually a critical amalgamator. It takes reviews from around the web and reduces them to a thumbs up or a thumbs down and turns the review into a raw score. The assumption is that a review is only supposed to tell a reader if something is good or bad. But anyone who’s read a review by A.O. Scott sees that criticism is an art. When you read a really good review, it changes the way you think about things.”