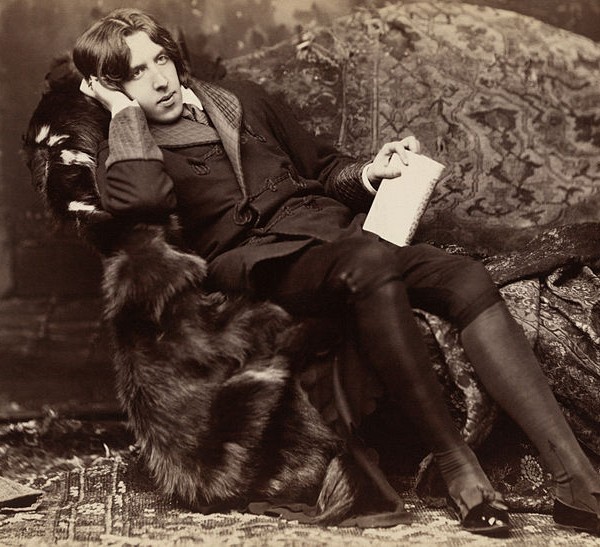 Philadelphia has a case of Wilde fever. In late January, the Rosenbach of the Free Library of Philadelphia opened its latest exhibition displaying newly discovered works by Oscar Wilde (1854-1900). The Center for Performing Arts is hosting the East Coast premiere of “Oscar,” an opera chronicling Wilde’s scandalous love affair with Lord Alfred Douglas and the ruinous trial and incarceration that followed. The big question is, what do these events have to do with Philadelphia? As it turns out, a lot. Exhibit curators Mark Samuels Lasner and Dr. Margaret Stetz spoke with me earlier this week about how their show demonstrates a history of a long-lasting relationship between Oscar Wilde and Philadelphia.

Over fifty pieces make up the Rosenbach’s show, including materials from two lectures the Irish writer gave in Philadelphia in 1882. Stetz explained that when she and Lasner learned that “Oscar” was opening in town, they felt it was an excellent time to showcase Wilde’s Philadelphia connections. “The exhibit examines Wilde’s two visits to Philadelphia in 1882, his lectures, his relationships with Philadelphians, and his visits with Walt Whitman,” Stetz said. Wilde’s visits to the City of Brotherly Love also led to a meeting with publisher J.M Stoddart, who eventually published his novella “The Picture of Dorian Gray” in 1891. The show also explores how Philadelphia based writers, composers, artists and especially collectors have dedicated themselves to Wilde and his work.

In addition to loans from private collections, material from the show came from the Library of Congress, the William Andrews Clark Library at UCLA and the Philadelphia Area Consortium of Special Collections Libraries, including the University of Delaware, Bryn Mawr, Haverford, the Library Company of Philadelphia, and the Historical Society of Pennsylvania. Perhaps the most exciting items came from the Free Library of Philadelphia, with whom the Rosenbach recently merged. “Margaret and I just kept staring at this email we received from the Free Library’s curator,” Lasner explained. “Three manuscripts had been there since 1978, catalogued, but not on public view. Scholars didn’t know about them, but there they were, hidden in plain sight.” Simply put, no one had ever asked for anything by Oscar Wilde. Over one hundred pages of Wilde’s notebooks containing versions of poems that later appeared in different formats were rediscovered at the Free Library. “It’s riveting to see these poems in a format that nobody knew about, not even the scholars who did the Oxford edition of Wilde’s poems knew these were here!” Stetz explained. After the discovery, the Free Library digitized the documents, and put them online. Now, visitors can see the Free Library’s typescript of “Salomé” displayed alongside the Rosenbach’s manuscript of the same play. Both are opened to the same page where Salomé is about to perform her intoxicating dance for King Herod. Stetz explained the significance: “The manuscript says “elle danse”. (She dances.) In the typescript next to “elle danse,” Wilde has handwritten “elle danse la danse des sept voiles.” (She dances the dance of the seven veils.) You can see Wilde come up with this idea and write it into the new version, which is very exciting.” Napoleon Sarony, photograph of Oscar Wilde. New York, 1882. The Rosenbach of the Free Library of Philadelphia.

Wilde gave two lectures in Philadelphia, one in January 1882, and one at the end of his cross-country tour in May. The first one was a total flop. “It was a deadly serious lecture about the English Renaissance. It was a total bore.” Stetz said. “Wilde didn’t know what he was doing – he had 1500 people at the old Horticultural Hall on Broad Street, and he didn’t know how to entertain them, or that he should. He put them to sleep.” As Wilde traveled the country, he refined his lecture, and during his springtime presentation he focused on dress, decorating and design principles. “It was much more accessible and interesting,” said Stetz. “He learned how to talk to people. He came back to Philadelphia as a cross between a male Martha Stewart and [Project Runway host] Tim Gunn.” 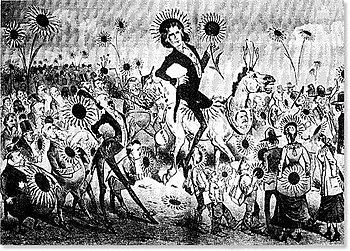 Keller cartoon from the Wasp of San Francisco depicting Wilde on the occasion of his visit there in 1882 (Photo credit: Wikipedia)

A core of serious Wilde collectors lived in Philadelphia as well, from A. Edward Newton to hat manufacturing heir John Stetson. “A whole group of Philadelphia collectors were passionate about collecting Wilde. Stetson formed the largest and best collection at the time,” said Lasner. Stetson’s collection of 400 items was sold in 1920 at Andersen Galleries in New York for $50,000, which included manuscripts and Wilde’s scandalous love letters to Lord Alfred Douglas. “It is remarkable how many people collected Wilde in Philadelphia, and it’s not a city most people associate with the writer.”