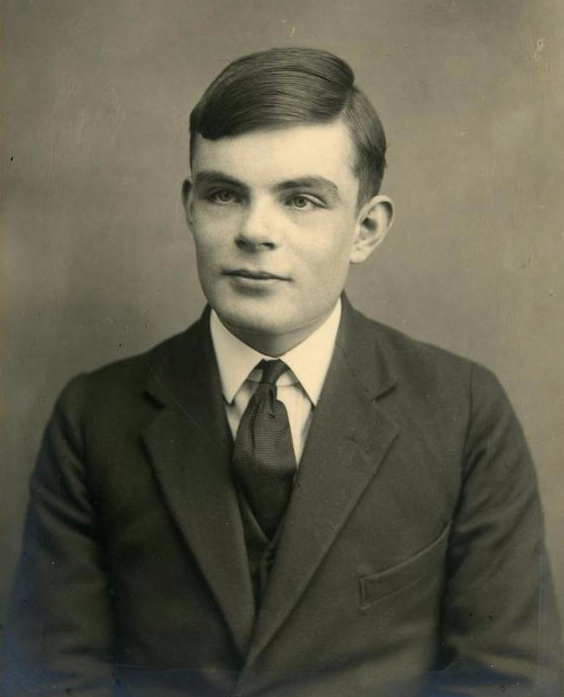 Bonham’s offered British codebreaker Alan Turing’s composition book at auction on April 13th. The previously unknown wartime manuscript, consisting of 56 pages of mathematical and logical notes from Turing, is likely the only extensive manuscript by Turing in existence. An extreme rarity as such, Bonham’s did not release an official estimate for the lot. [Note: the manuscript went for over $1 million to an anonymous bidder (link)]

Alan Turing was the pivotal figure in British WWII codebreaking, leading the efforts at Bletchley Park that solved the German Enigma codes and significantly aided Allied war efforts. By solving the Enigma codes, Turing and his crew probably shortened WWII by two to four years. His work in early computing was essential as well and he is considered the father of computer science. Turing was recently featured in the award-winning film The Imitation Game, where he was portrayed by Benedict Cumberbatch.

From Bonham’s lot description for Turing’s composition book, “The manuscript sheds light on the problems that were of fundamental importance to Turing’s work in the field of computer science, including deep issues in the foundations of mathematics such as the interpretation of symbols, and his quest to develop a universal language with the aim of allowing mathematics to be executed by machines rather than people. More than anything, the manuscript sheds light on Turing’s great potential, giving us a glimpse into the types of work that he might have gone into had his life not tragically been cut short.”

Turing committed suicide – or possibly died from accidental poisoning – when he was only 41 years old.

The Bonham’s auction is one of several major auctions occurring during Rare Book Week in New York City.