This year marks the one hundredth anniversary of T.S. Eliot’s “The Love Song of J. Alfred Prufrock,” the starting gun for Modernist poetry, according to some critics. Harvard University (Eliot’s alma mater) is celebrating with an exhibit of the poem’s various forms at the Houghton Library through June 27. Various manuscript and typescript reproductions are displayed alongside multiple printings, from its debut in the June 1915 issue of Poetry magazine to the first edition in book form, Prufrock and Other Observations (1917). 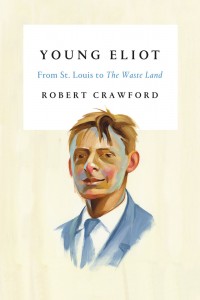 Should it be any surprise that this year, which also marks fifty years since the poet’s death, brings more Eliot-related news? In March the Boston Globe reported that the seven-bedroom house in Gloucester, Massachusetts, where Eliot summered as a child was purchased in late 2014 by the UK-based T.S. Eliot Foundation. The nonprofit plans to turn the $1.3-million seaside home into a writers’ retreat, slated to open in 2016.

A new biography of the Nobel Prize winner is out too. Robert Crawford’s Young Eliot: From St. Louis to The Waste Land, the first of a proposed two-volume account, offers a portrait of the poet as a young man. Reviewers have so far gushed over the book; Booklist, in particular, praised, “It’s hard to imagine a literary biography of greater merit being published this year.”

Prufrock and Other Observations