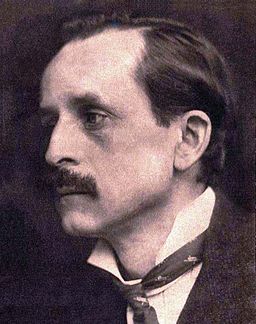 Among the 180 dealers who attended The London International Antiquarian Book Fair last week was David Brass (of David Brass Rare Books), who brought a first edition of J.M. Barrie’s Peter Pan in Kensington Gardens (London: Hodder & Stoughton, 1906), inscribed to none other than Mary Hodgson.

Hodgson (1876-1962) was nurse and nanny to George and Jack Llewelyn Davies, the brothers who inspired the “lost boys” of Barrie’s classic tale. What’s more astounding is that there is even an inscription at all, which reads simply, “To Mary Hodgson / with kindest regards / from J.M. Barrie / Jan 1907.” Barrie rarely signed copies of his books, and for years the relationship between Barrie and Hodgson was strained at best, contentious and pernicious at its worst. 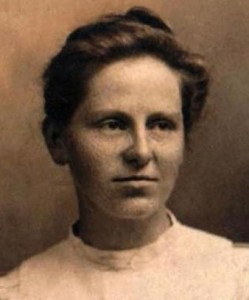 First, the backstory: In 1897, Scottish novelist and dramatist James M. Barrie met Hodgson and her charges in London’s Kensington Gardens. Barrie was instantly captivated by the boys’ spirit, and thereafter would frequently accompany them on their promenades, all the while charming the children with stories of fairies and pirates. These visits would ultimately inspire Barrie’s Peter Pan in Kensington Gardens.

Both Hodgson and Barrie were possessive of the children. He reveled in their mischievousness, while she felt Barrie undermined her authority. Barrie was completely aware of her hostility.  Nana, the overbearing dog/nanny in Peter Pan, was his everlasting homage to Hodgson.

Eventually, Barrie and Hodgson reluctantly came to terms with each other, and the novelist presented this copy, complete with a tipped-in color frontispiece and forty-nine tipped-in color plates, as a way to bury the hatchet. Barrie may have fancied himself an overgrown child, but he learned that apologies go a long way to healing old wounds.

More information about the fair can be found here.