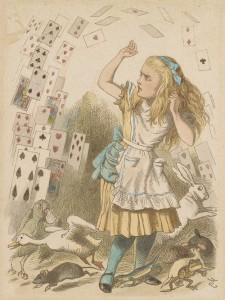 Everyone has Alice fever this year, and with good reason; the precocious title character of Lewis Carroll’s (1832-1898) Alice’s Adventures in Wonderland turns 150, and museums and libraries around the world are hosting exhibitions and lectures dedicated to exploring the enduring fascination with what many consider one of the greatest stories ever told.

From June 26 through October 11, New York’s Morgan Library & Museum will celebrate Alice with original correspondence, drawings and photographs from the Morgan’s own vast holdings. The centerpiece of the show is on loan from the British Library – Carroll’s original 1864 manuscript, complete with his own pen and ink drawings, that the author had presented to Alice Liddell, the inspiration for the Alice in his book.

Charles Lutwidge Dodgson was polymath in every sense, and his love of languages and logic touched every aspect of his personal and professional life. Even his pen name was carefully conceived; translated into Latin, Charles Lutwidge becomes Ludovicus Carolus, then retranslated back into English as Lewis Carroll. This and other such intriguing trivia are part of the Morgan exhibit and bring yet another dimension to the worldwide success. 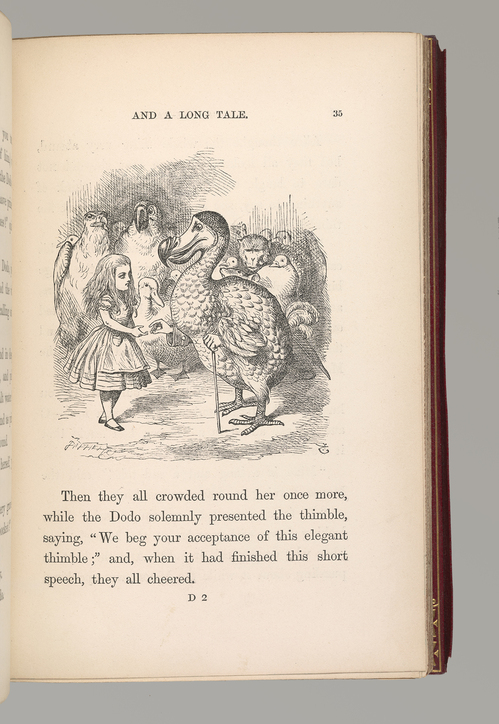 While Carroll may have been a well-regarded professor at Oxford, his true passion lay in telling stories for children. As the oldest of eleven children, Carroll had always held the role as entertainer, often creating stories to entertain his siblings, a talent that  blossomed throughout his career.

The first edition of Alice’s Adventures in Wonderland appeared in 1865, though Carroll had hoped to have the book published in 1864 in time for Christmas shoppers. That edition was suppressed almost immediately (illustrator John Tenniel was dissatisfied with the printing quality), and twenty copies of the first printing are believed to be in existence today, one of which is on display at the Morgan. Though Carroll missed the holiday rush, he needn’t have worried; since its appearance between hard covers, the book has never gone out of print, and became an overnight sensation as soon as it hit bookshelves. The exhibit is by no means limited to scholars – the museum has put together a fabulous family guide, complete with interactive activities and large, brightly colored carpets and stools – perfect spots for following Alice down the rabbit hole and into a captivating world of the imagination. 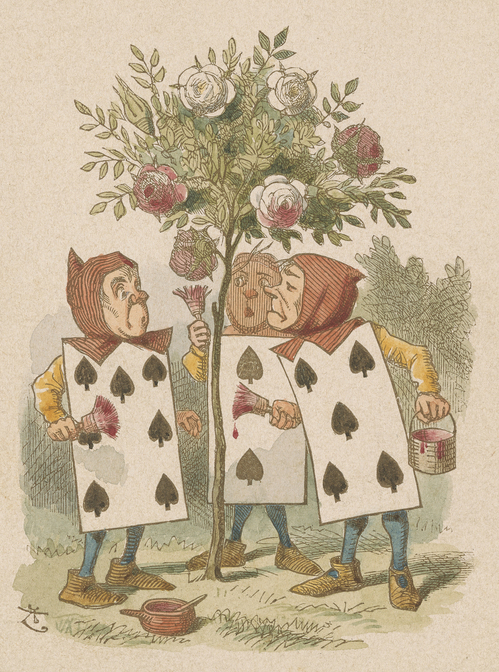 Alice: 150 Years of Wonderland at the Morgan Library from June 26 through October 11, 2015
http://www.themorgan.org/exhibitions/alice