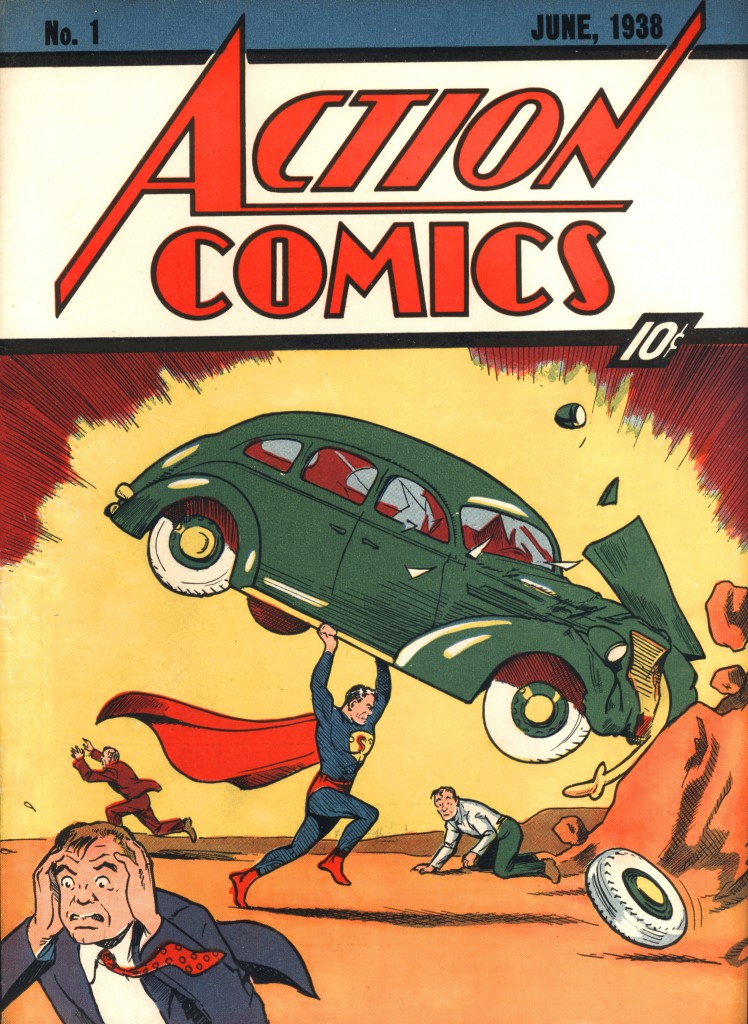 What do Wonder Woman, Superman, and Captain America have in common? Besides otherworldly strength and the ability to leap tall buildings in a single bound, they all hail from New York. New York frequently appears in the stories themselves – Metropolis (Superman) and Gotham City (Batman) are thinly veiled references, while Marvel Comics has always maintained a city-based storyline, giving the Fantastic Four an office in Midtown and making Queens Spider Man’s home.

Why New York? Well, can you really be a superhero without skyscrapers, dark tunnels, and jam-packed crowds? New York’s instantly recognizable skyline and landmarks also provide the perfect “All-American city” background. Starting today, superhero fanatics can explore the role of New York as a creative force in these stories, as well as the origins of other characters at the New York Historical Society, which unveils its latest exhibition, Superheroes in Gotham. Visitors are greeted by a working Batmobile, one of three that was created for the 1966-68 Batman television series, and three galleries full of books, artwork, and video clips that chronicle the meteoric rise of superheroes in popular culture. The show also examines superheroes’ enduring influence on artists and producers today. Remember the Broadway musical Spider Man: Turn off the Dark ? There’s a costume from the show, and a look at what went into creating the most expensive production in Broadway history. (For a time, the show also held the box office record for most ticket sales in one week, generating nearly 3 million dollars.) 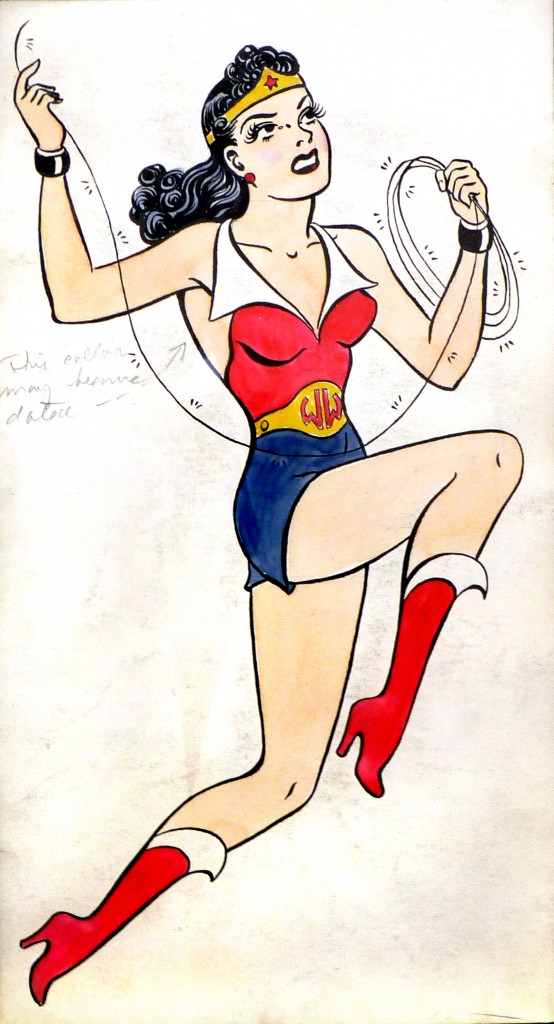 Comic books pick up on current events, and where superheroes are concerned, the topic frequently turns to war and patriotism. Captain America first appeared in 1941 on the eve of the country’s entry into World War II, and fellow good guy Superman appeared in training materials prepared for the U.S. Army and Navy. Wonder Woman in her stars-and-stripes leotard also testifies to superheroes’ unyielding patriotism.

In addition to displaying first-issue comic books including the 1938 Superman’s Action Comics No.1, visitors can examine Superman’s “birth certificate”, a Catwoman costume, and materials dating from the United States’ first comic book convention, held in 1964 in New York. (New York Comic Con also happens to be taking place at the Javits Center this weekend, which drew over 150,000 people last year.) For film buffs, New York Historical will be screening both the silent version and the 1940 version of “The Mark of Zorro” on October 16, and on Halloween the whole family (properly costumed, of course) is invited to participate in a superhero trivia contest, fortune telling, crafts and trick-or-treating through the museum. Evil doesn’t stand a chance with this crowd.

Superheroes in Gotham on view October 9, 2015 — February 21, 2016, at the New-York Historical Society. For more information, including admission prices and hours, visit http://nyhistory.org/visit/plan