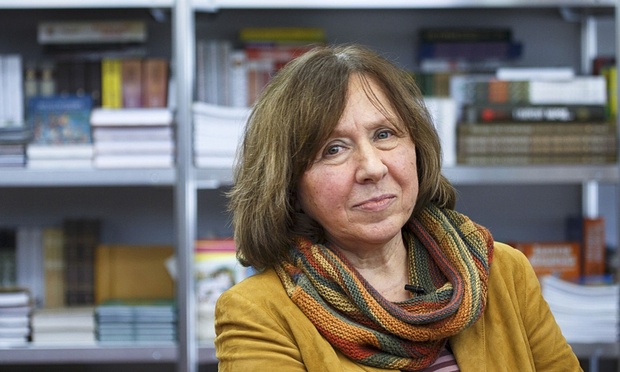 Belarussian writer Svetlana Alexievich is seen during a book fair in Minsk, Belarus, in 2014. Photograph: Reuters

The Belarussian journalist and prose writer is the 14th woman to win the Nobel Prize for Literature, and she is also one of the first nonfiction writers. Alexievich is best known for her works about female Russian soldiers, the aftermath of the Chernobyl nuclear disaster, and the Soviet occupation of Afghanistan.

The Nobel Prize in Literature is given in recognition of a writer’s entire body of work rather than a single title. The Swedish Academy praised Alexievich’s collections of oral histories and “polyphonic writings” as a “monument to suffering and courage in our time”.

Voices from Chernobyl The Oral History of a Nuclear Disaster