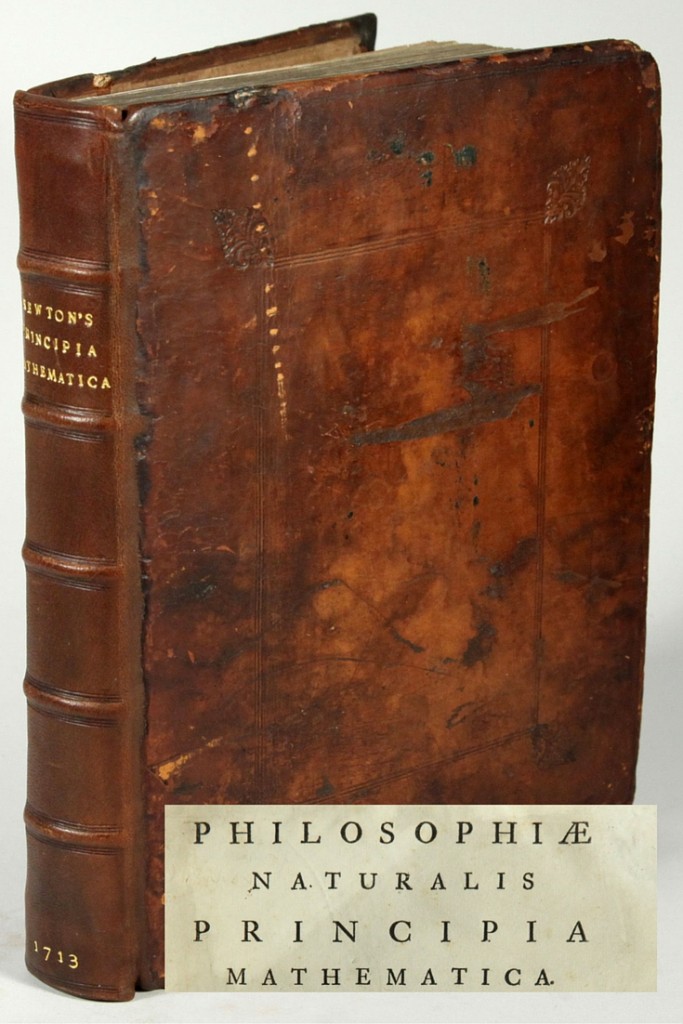 Philosophiæ Naturalis Principia Mathematica by Sir Isaac Newton is the most expensive book sold on Biblio in 2015.

Our booksellers find new homes for their unusual, rare, and often beautiful books on Biblio. There are hundreds and thousands of books that are sold each and every day, but one recent sale caught our attention.

How could it not? At $35,000, this is one of the most expensive books ever sold on Biblio.

And beyond the price, the Philosophiæ Naturalis Principia Mathematica is nothing to scoff at!  Translated as “Mathematical Principles of Natural Philosophy,” this groundbreaking work was written in 1687 by Sir Isaac Newton. It is in this work that Newton first stated his laws of motion. It is considered one of the most important works in the history of science and it revolutionized the study of physics.

Two more editions of The Principia were published in Newton’s lifetime – in 1713 and 1726.  The second edition of the Principia included updated chapters, a new preface, and a General Scholium by Newton. It was one of the 750 copies of the 1713 editions which just gained a new owner through Biblio.