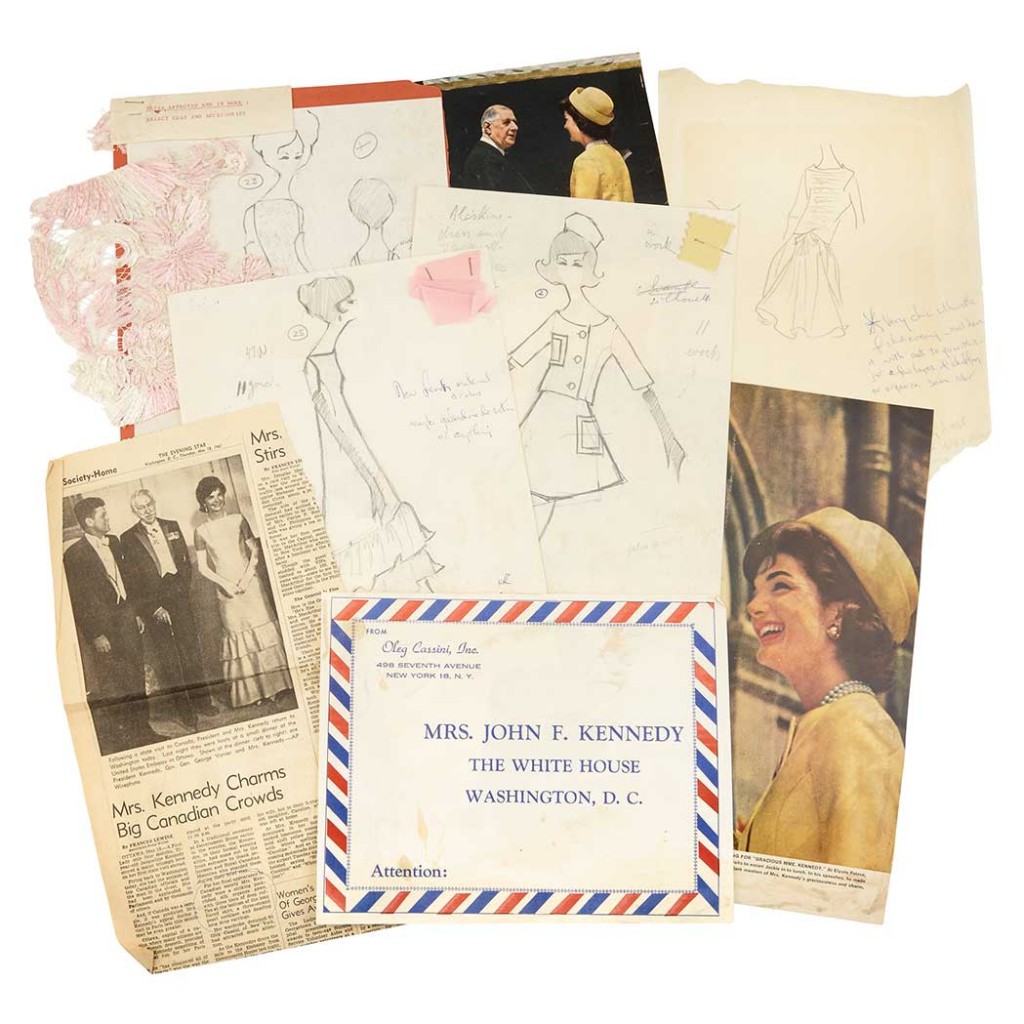 Coming to auction later this month at Doyle New York is a remarkable collection of designs, sketches, and fabric swatches that reveals the emergence of “The Jackie Look,” referring, of course, to the fashionable former first lady, Jacqueline Kennedy. It includes, for example, three large-format color drawings of evening gowns–the cream dress she wore on the September 1st, 1961 cover of Life magazine, the pink gown worn at a dinner during a state visit to Canada in February 1961, and the yellow suit and pillbox hat worn during an official state luncheon with French President Charles De Gaulle–each bearing annotations from Mrs. Kennedy, such as “Make sure skirt is not too slinky.”

This unpublished archive was created by Irwin Karabell, assistant and sketch artist to designer Oleg Cassini, for much of the sixties. In 1960, Cassini was named Mrs. Kennedy’s official wardrobe designer. He is credited with making A-line dresses, pillbox hats, and Nehru jackets fashionable.

Portions of the archive were exhibited in the Metropolitan Museum’s Costume Institute’s landmark 2001 exhibition, Jacqueline Kennedy: The White House Years. And now, it is for sale, estimated at $10,000-15,000.

Rare Books on Fashion and Costumery