Is it possible to think of Irish authors without pausing for just a moment on one Mr. Oscar Wilde, the brilliant mind behind Salome, The Picture of Dorian Gray, and Lady Windermere’s Fan?

My introduction to Wilde didn’t come via high school English class, or even through one of his works. I fell into an immediate heart-eyed crush with Wilde through a movie that had very little to do with him personally– Velvet Goldmine. It’s a ridiculous, pretentious, early-00s indie-film about a 70s glam-rocker whose goal was to essentially be the Oscar Wilde of the Brit-pop scene. That is, a decadent, outrageous, flagrantly bisexual artist bent on challenging social taboos while creating something brilliant whose depth and true merit probably wouldn’t be appreciated until much later. It’s basically the cinematic equivalent to the entire Aesthetic movement, of which Wilde was the crown prince.

The movie also supposed that Wilde himself was dropped off as a babe-in-arms from a spaceship, so, y’know. Do with that what you will. The point being, what 10th-grade queer kid could resist a tale like that? 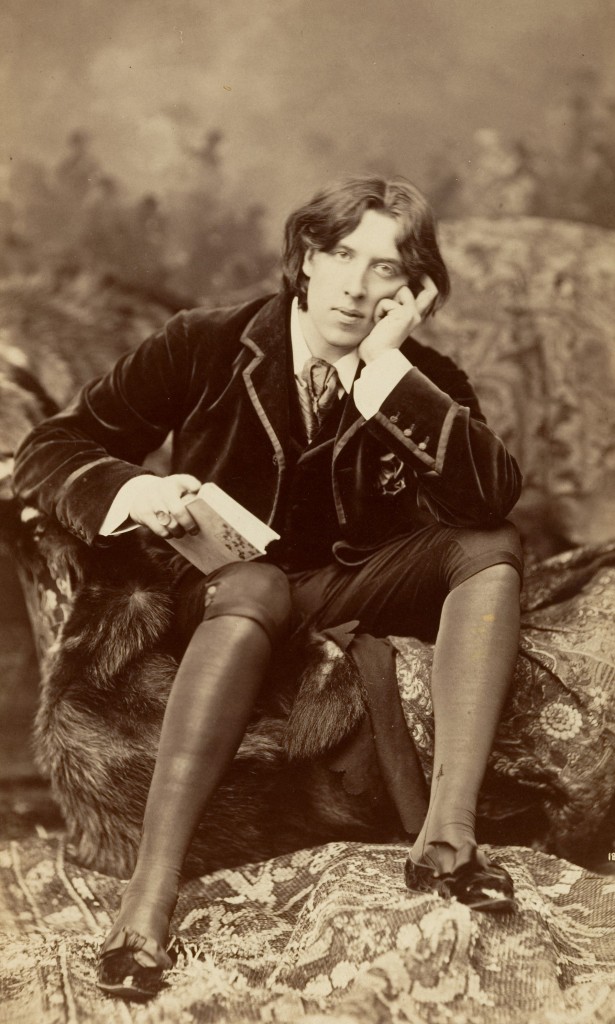 Fast forward two years, to senior year AP Brit-Lit; center row, center-seat. There I am, reading the part of Miss Cecily Cardew in The Importance of Being Earnest as our class takes turns performing from our seats. A few things became apparent to me rather quickly:

This last chestnut was absolutely thrilling, and about as huge a divergence from the bleak American Lit of the previous few years as one could possibly imagine. Here I was, zooming from Sinners in the Hands of an Angry God, to a world a little closer to my own. I was shown a literary landscape where people could be ridiculous, could scheme, could successfully be anything other than what the mainstream might want them to be, all while cleverly masquerading in the most tarted-up versions of society’s norms. I was introduced, that first toe in the doorstep, to a whole literary community of people like myself.

That took my blushing-stammering-sweaty-palmed crush and kickstarted into a full-blown, unabashed love affair with Oscar Wilde. It’s led me to a wonderful world full of bittersweet giants, foppish Bunburies, tongue-in-cheek social commentary, and the kind of lush imagery one could curl up into for hours.

So if you haven’t read or seen Earnest, it’s a brilliant starting point. I was granted the opportunity to see it in a community theatre about ten years ago, and I laughed so hard I had tears, even though I already knew the story inside and out. You’ve probably already at least heard the concept around The Picture of Dorian Gray — give it a go. It’s only about a thousand or so words longer than the first Harry Potter book. You can knock that out in an evening or two. From there it’ll be easy to jump into his fairy tales, his poetry, or his essays.

I must add a word of warning, however, for the budding Wilde-flower**: you’ll dive into his work for his sharp wit, forked tongue, and sneaky, delicious intellect, but you’ll fall in love with the soul of an artist who cloaked himself in decadence and banged loudly against the bars of Victorian society, who with every jot of his pointed pen jabbed at the hypocrisy of the world around him.

If you’re anything like me, he’ll seep right into the cracks of your adorably pretentious soul, and you’ll be forever drawn to glittering wordplay and facetious enthusiasm, silver cigarette cases and green carnations.