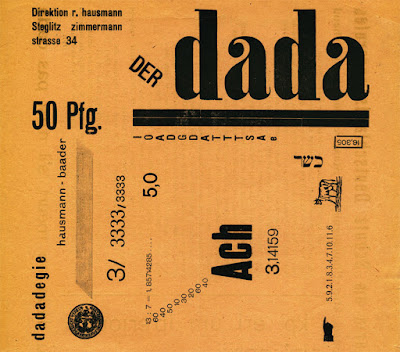 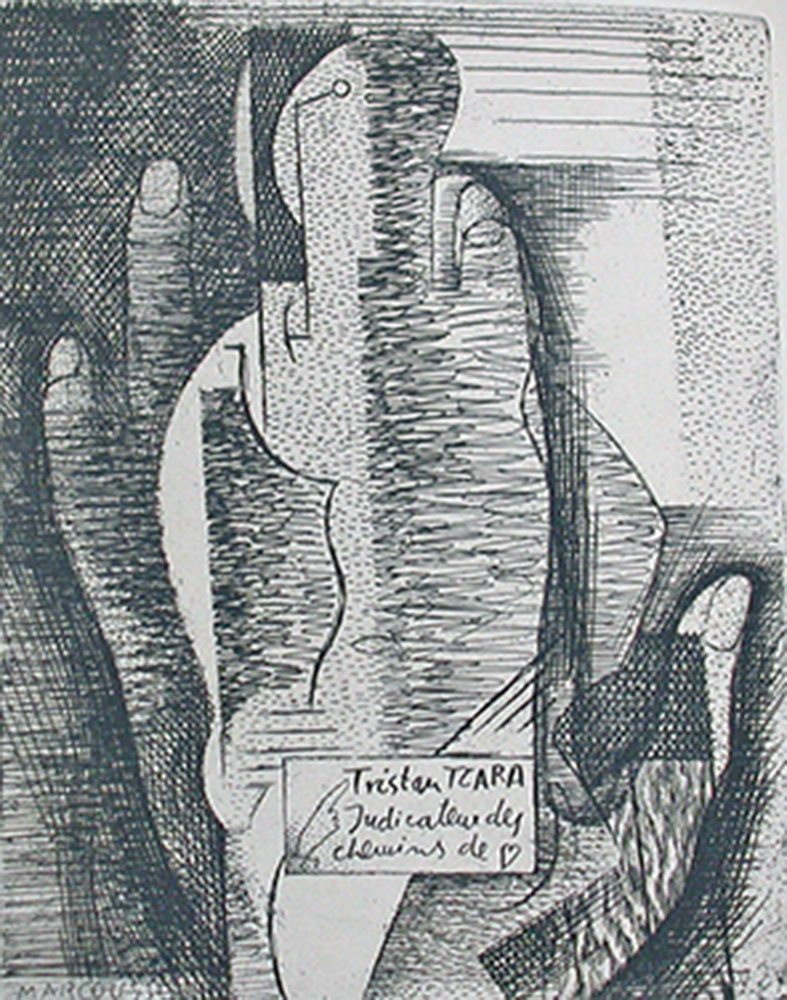 Dada was the first art movement where the focus of the artists was not on crafting aesthetically pleasing objects but on making works that often upended bourgeois sensibilities. Influenced by Cubism, Futurism, Constructivism, and Expressionism it arose as a reaction to World War I and the nationalism that many thought had led to the war. Dada’s output was wild and wildly diverse, ranging from performance art to poetry, photography, sculpture, painting, and collage. Its aesthetic, marked by its mockery of materialistic and nationalistic attitudes, proved a powerful influence on artists in many cities, from Zurich to  Berlin, Hanover, Paris and New York. (from ILAB) 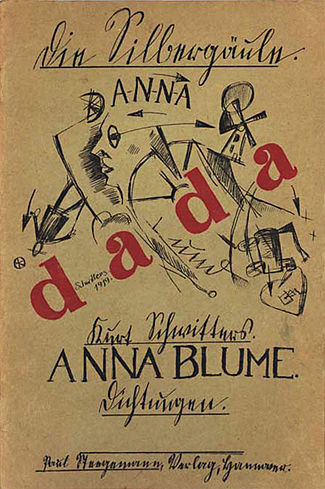 Cabaret Voltaire was the home of the the European avant-garde Dada artists, and appropriately so, considering the influence of Voltaire on the movement.  The 18th century French satirist, famed for his novella Candide, also mocked the bourgeois of his own era.  Hugo Ball, one of the founders of both the Cabaret and Dada wrote: “This is our Candide against the times.”

On April 23, 2016, the Swiss antiquarian booksellers will gather for a Pop Up Fair. From 2pm until late at night, you can celebrate literacy with rare book, some Dada performances, and a gorgeous way to raise funds for UNESCO’s Forest Whitaker Peace and Development Initiative (WPDI) fill the empty book-shelves in the schools of South Sudan. Celebrate the UNESCO World and Copyright Day 2016 with Dada (ANTI-DADA!) 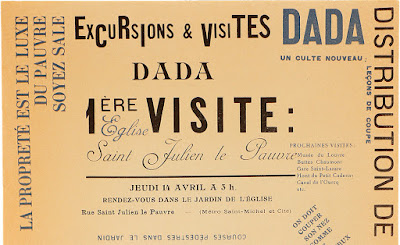