One of the twentieth century’s bestselling crime novelists also happens to be someone you’ve probably never heard of: Frédéric Dard. Despite selling a staggering 200 million copies of his novels in his native France, Dard was never widely translated into English. The author died in 2000, with 300 books published, but not a single English language edition still in print.

All of that is about to change.

Pushkin Press is translating a whole slough of Dard’s novels into English under its Vertigo Crime imprint for an ambitious release schedule beginning this summer with “Bird in a Cage.” (August release date in the US; earlier in Britain). The psychological thriller is summarized by Vertigo as follows, “30-year-old Albert returns to Paris after six years away, during which time his mother has passed away, to find himself entangled in a complicated case centered around a woman he met at a restaurant whose husband’s body appears in her lounge, but then disappears almost inexplicably.” 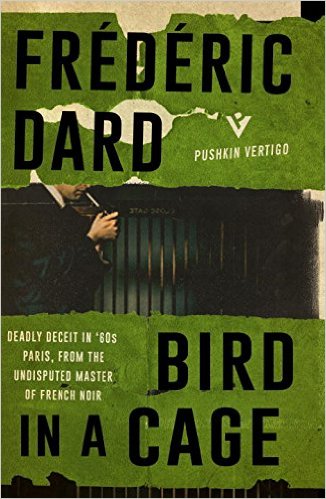 As for the author himself, Frédéric Dard led a complicated life. Born in 1921, Dard became a close friend of Georges Simenon, whose Maigret series of detective novels became a hit in 1960s Britain. Dard also wrote under at least seventeen pseudonyms, making an official tally of his published titles difficult to obtain. His personal history was marred with an attempted suicide and the successful kidnapping and ransoming of his daughter from his second marriage. He died in Switzerland in 2000.

“Bird in a Cage” will be quickly followed by “The Wicked Go to Hell,” and “Crush” this fall. Described as “novels of the night,” Vertigo hopes the books will be devoured by the same crowds of readers that made “Gone Girl,” and “Girl on a Train” runaway bestsellers.
Browse related collectible books: