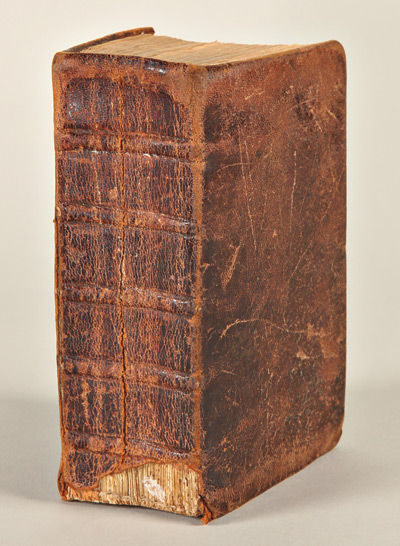 The Bible of the Revolution 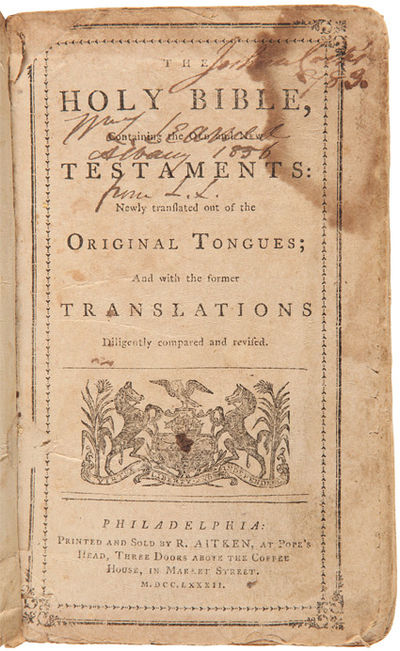 The Aitken Bible was the first Bible printed in America.

The first complete Bible in the newly formed nation was printed in Philadelphia in 1782 by Robert Aiken, although there had been copies of the Bible printed when the land was still considered British colonies, as well as copies printed in German.

THE HOLY BIBLE, CONTAINING THE OLD AND NEW TESTAMENTS: NEWLY TRANSLATED OUT OF THE ORIGINAL TONGUES; AND WITH THE FORMER TRANSLATIONS DILIGENTLY COMPARED AND REVISED

Printed and sold by Robert Aitken, this Bible was created in response to a shortage of the Holy Book on American soil due to the embargo on goods from England during the American Revolution.  The Continental Congress itself endorsed the creation of this Bible, leading to this often being called “The Bible of the Revolution.“

This specific edition that everyone has been looking at so far today is listed on Biblio by William Reese Company – Americana.

Read more about this specific listing here, including details on its condition, provenence, and history. 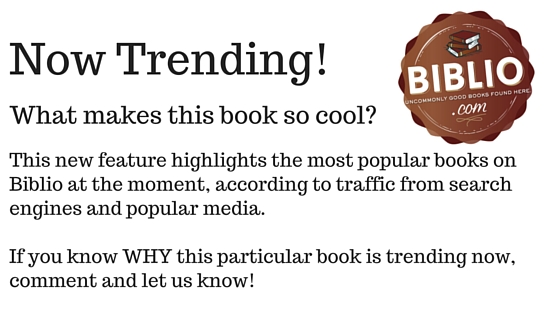