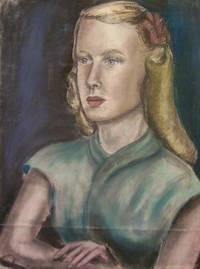 Portrait by Sylvia Plath of her friend Arden Tapley.

When offered Sylvia Plath’s first collection of poems, The Colossus, New Directions founder James Laughlin turned it down. The year was 1960, and London publisher William Heinemann was looking for an American publishing partner. They sent a typed proposal letter and a proof of The Colossus to four American publishers, among them New Directions, where editor Bob MacGregor subtly praised the book in a note to his boss, calling it “skillful,” particularly Plath’s poem for Leonard Baskin, “Sculptor.” But Laughlin decided to pass, scribbling on a slip of paper, “Nor for us, I’d say.”

Later this month, this mini archive including three pieces of publishers’ correspondence (one typed letter signed; one half typed, half manuscript note; and one brief manuscript note) accompanied by an uncorrected proof of The Colossus will go to auction at Freeman’s in Philadelphia on September 30. It is conservatively estimated at $1,000-1,500. 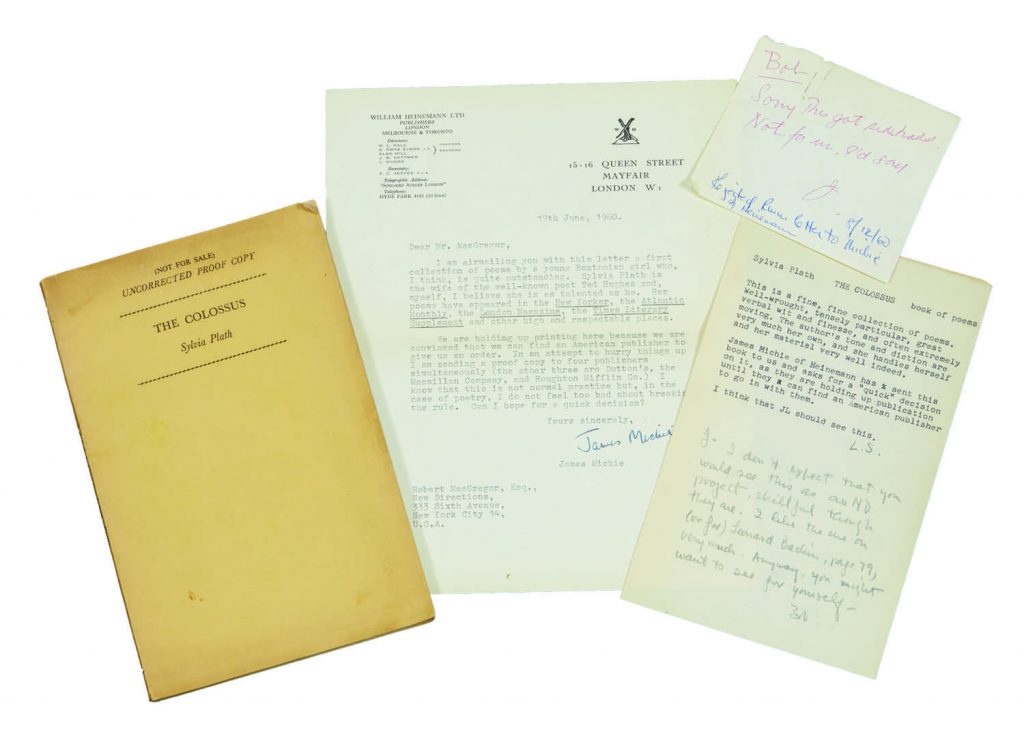 In 2011, Peter K. Steinberg, author of Sylvia Plath and founder of Sylvia Plath Info, wrote an article for FB&C about elusive Plath proofs. “[I]t is the two titles published during Plath’s life that are the more desirable for the collector, which is reflected in both their rarity and price.” Those two titles are The Colossus, which had been ultimately picked up by Knopf in the U.S. in 1962, and The Bell Jar, Plath’s pseudonymous novel published by Heinemann in 1963. She committed suicide soon after its publication.

According to Steinberg, Heinemann’s print run for the first edition of The Colossus was quite low–500 copies. As for pre-publication proofs, we might estimate 20-25 were produced, the same number bookseller Ken Lopez suggested in 2011 were made of The Bell Jar (which had a larger print run). Steinberg said the Freeman’s copy is the tenth recorded proof of The Colossus; six are held by institutions, two are privately owned, one is currently for sale for $5,500 from an online bookseller, and the one pictured above that goes to auction next week.

Uncorrected proofs have become a strong area of interest, particularly for collectors of modern first editions. As Ken Lopez explains, collectors are swayed by “the earlier the better” rule, and proofs represent the next best thing to collecting authors’ manuscripts, an unreachable goal for many collectors.

Last year Bonhams sold a previously unrecorded proof of Plath’s The Bell Jar, found by a student, for £5,250.