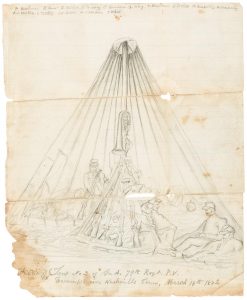 An archive of approximately ninety letters written by Civil War solider John W. Grosh and by members of his family, has surfaced at a San Francisco auction house.

Grosh, a Pennsylvanian, enlisted in the Union Army in 1861 and died two years later while a prisoner of war in Virginia. As described by PBA Galleries, which will auction the lot of letters on October 20, the archive covers Grosh’s camp life in Pennsylvania, Kentucky, and Tennessee “with much detail on barracks life, the drudgery and disease, the food, vermin, and other afflictions, the money used by the troops, excursions into towns, with occasional action, and a few false alarms.”

Here is Grosh writing to his mother in 1862: “I suppose you have heard all about the great battle of ‘Chaplin Heights,’ and I need not therefore attempt a description. Well, I was in it and came out safe again, but 24 of our company were not so fortunate. One was killed on the spot and the rest wounded… We fought about 3 hours, the bullets whizzing past our ears faster than we could count them. We suffered much for want of water there was not a drop to be had, the rebels had it all in their possession. Our artillery had not as much as to swab the cannon and one of our gunners had both his hands blown off while loading…”

In 1863, a friend wrote to Grosh’s family conveying the news of the boy’s death, but that turned out to be incorrect. He had been shot, captured, and retained. As he explained to his mother, “I was wounded in the head at Chicamauga on the 20th of September and subsequently taken prisoner… My wound is not of a dangerous or even painful nature the ball having merely cut the scalp to the bone, knocking me senseless for a few moments… I have been treated as well as a prisoner as [one] can expect… I have no idea how long I shall be held prisoner…” It mattered not; he died one month later. 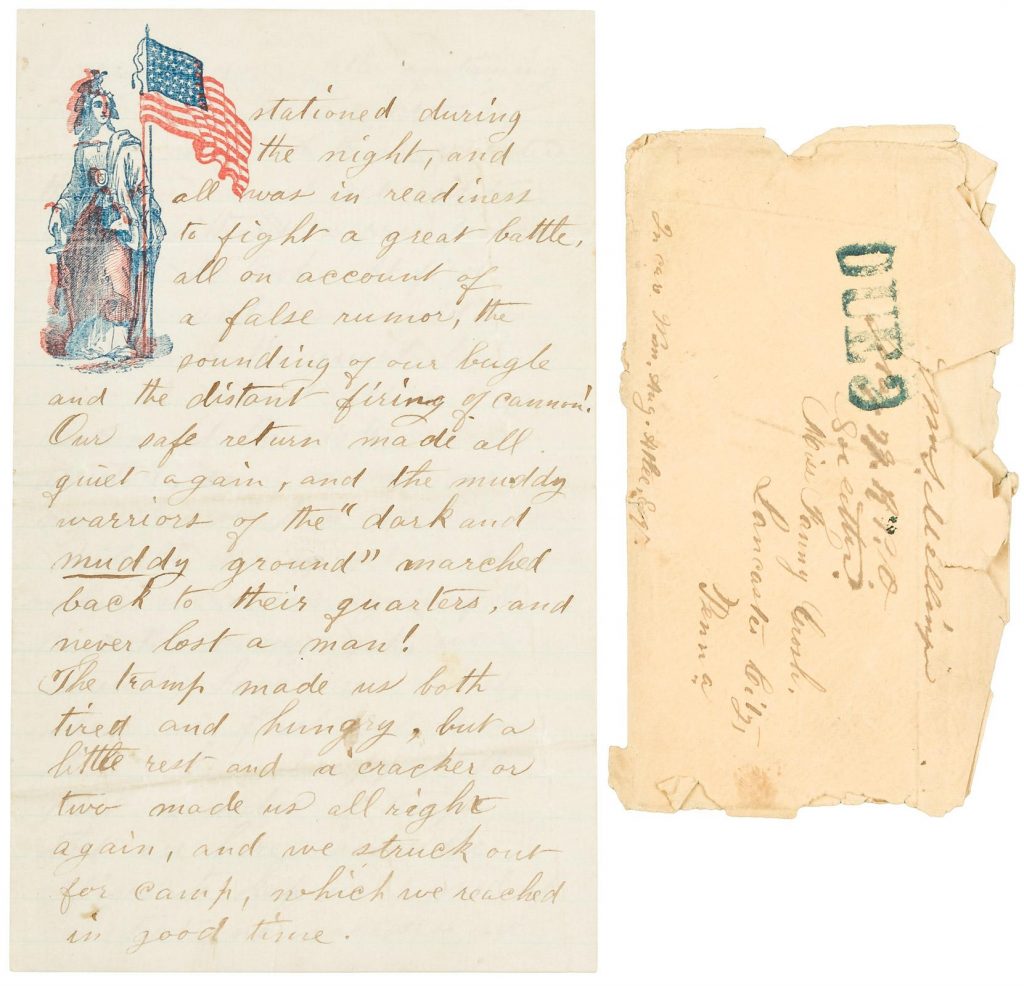 The letters in this archive span 1858-1868. Besides the soldier, correspondents include his mother, his siblings, a cousin, and a few others.

When asked to elaborate on the archive’s provenance, Shannon Kennedy of PBA Galleries commented, “The archive descended in the family and was consigned by an estate broker who is representing the family.”

This lot is unique in that each of the handwritten letters has been scanned, and a typed transcript has been made–a flash drive and a binder containing them is included–making it presumably more desirable for institutions without the resources for such an undertaking. The archive is expected to reach $15,000-25,000.