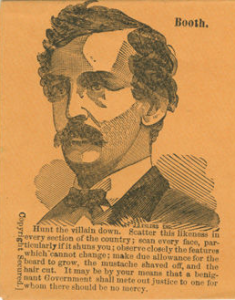 Five months before John Wilkes Booth assassinated President Abraham Lincoln, he penned a letter to J. D. Burch, the son of a Maryland innkeeper, regarding something he left behind with a stagecoach driver. Booth is cryptic about what exactly the item is, writing, “You know what I had to take from my carpet-bag. It’s not worth more than $15, but I will give him $20 rather than lose it, as it has saved my life two or three times.” 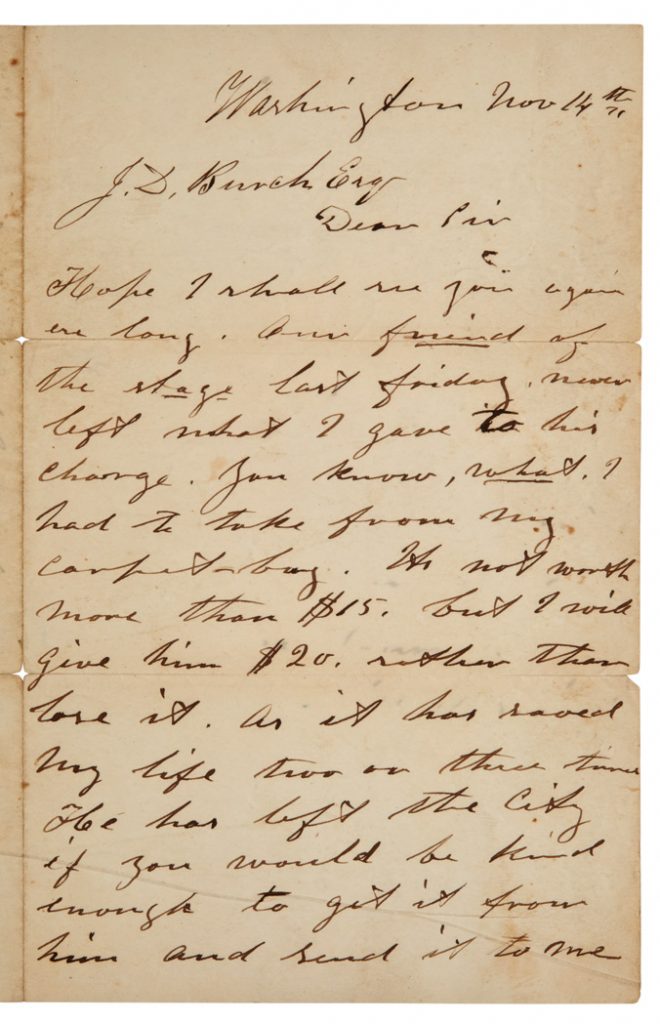 He never uses the word “gun” in the letter, which heads to auction in New York next week, but it is widely believed that Booth was referring to his prized Derringer. He was, at the time, touring Southern states in the guise of a real estate investor, though possibly also scouting out escape routes for his planned kidnapping and/or assassination of the president.

Booth concludes the letter by instructing Burch to recover the item and either send it directly to him or give it to their mutual “friend,” on Fayette St. in Baltimore, i.e. Samuel Arnold (later convicted as a Booth conspirator). 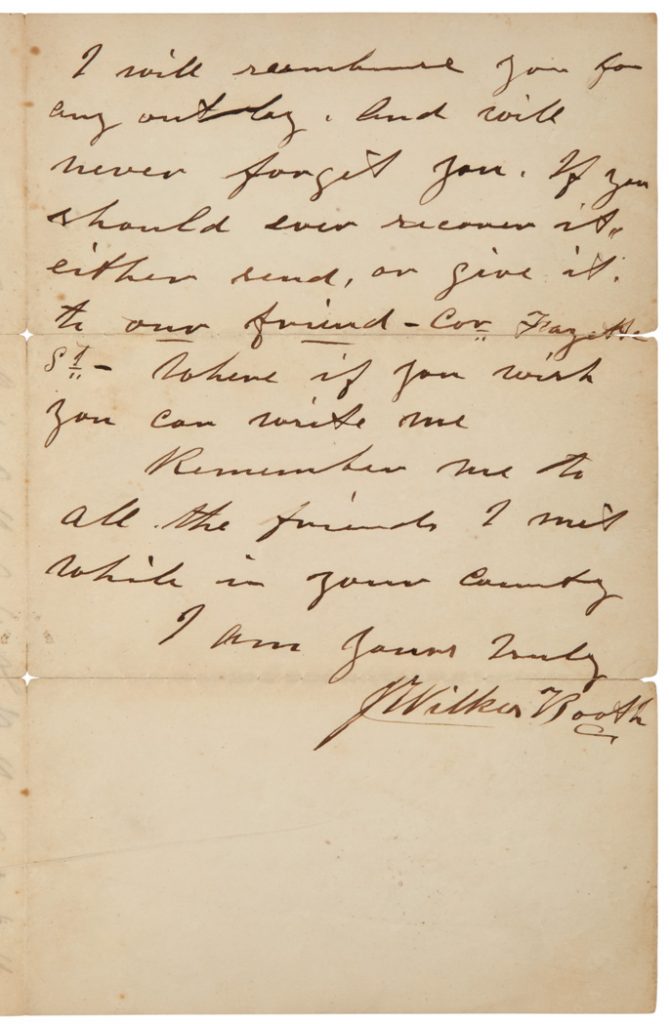 Was he alluding to his gun, and if so, was it the gun? We may never be certain.
According to the auctioneer, “The letter was reportedly hidden behind a brick in the hearth of the innkeeper’s family home for decades and is a rare survival. Most recipients of Booth’s late letters destroyed them to avoid the repercussions of association with his dastardly plot.” The letter’s contents were known from a transcription made by Lincoln scholar David Rankin Barbee and published in 1997. The original, however, remained in the family.