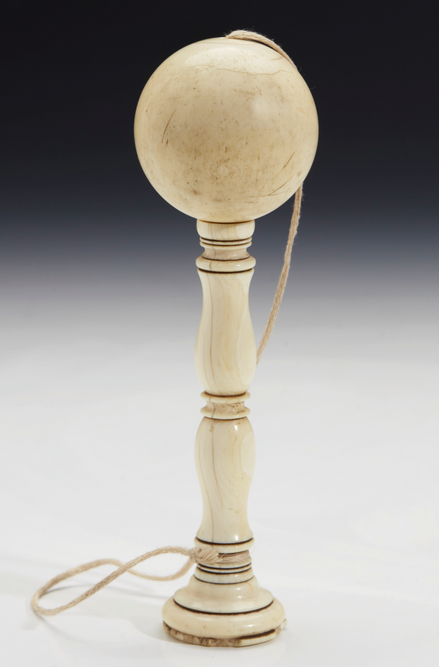 Incredible Austen Artifact at Auction at Sotheby’s in Dec 2016

The game, also known as bilbocatch, was a popular pastime for the Austen family. As Jane herself wrote to her sister in October of 1808: “We do not want for amusement: bilbocatch, at which George is indefatigable; spillikins, paper ships, riddles, conundrums, and cards, with watching the flow and ebb of the river, and now and then a stroll out, keep us well employed…” At the time, Jane was using these amusements to redirect her grieving nephews George and Edward, who had just lost their mother. 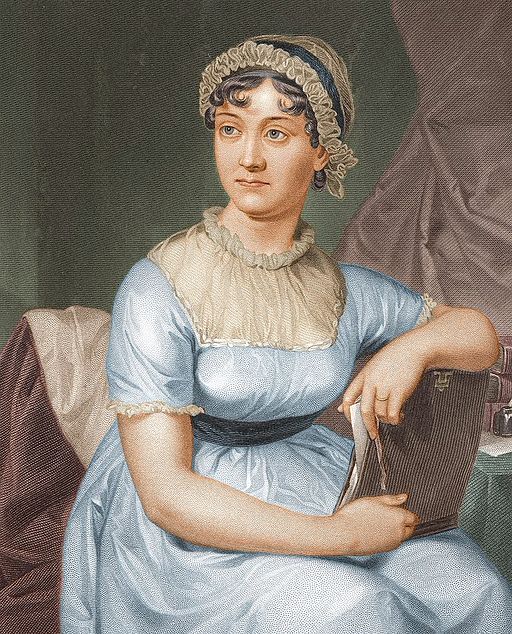 Even in happier times, though, Jane’s gaming skills were commanding. Her nephew, James Edward Austen-Leigh, wrote in his Memoir of Jane Austen: “Jane Austen was successful in everything that she attempted with her fingers. None of us could throw spillikins in so perfect a circle, or take them off with so steady a hand. Her performances with cup and ball were marvellous. The one used at Chawton was an easy one, and she has been known to catch it on the point above an hundred times in succession, till her hand was weary.”

The cup-and-ball Austen-Leigh references above is the same now slated for auction, complete with minor chips and hairline cracks. It has “always remained in the family of Jane Austen,” according to Sotheby’s. On occasion, it has been exhibited at Chawton House.

Austen’s “things,” have garnered much interest in the past several years. Her turquoise and gold ring, for example, made headlines when American singer Kelly Clarkson purchased it at auction for $236,557 in 2012 but was then barred from exporting it to the U.S. The ring now belongs to Jane Austen’s House Museum. And in 2013, Paula Byrne published a biography based on Austen-related objects and artifacts.